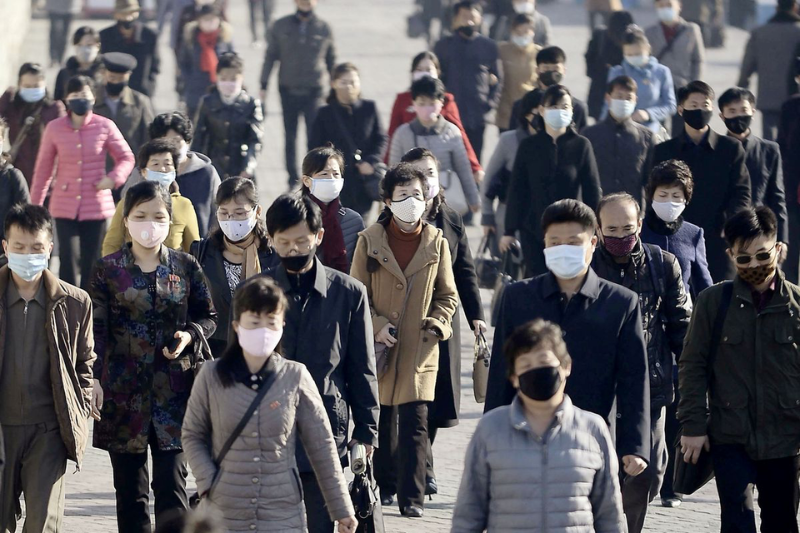 People in North Korea have been told by their government not to let “alien things” fall near the border with South Korea.

The state newspaper of North Korea, Rodong Sinmun, ran a story about where the COVID-19 virus came from. It blamed things that came from South Korea. The paper said that two local people had COVID-19 symptoms after touching “alien things” at the border.

Rodong Sinmun stated on Friday that “State Emergency Epidemic Prevention Headquarters saw to it that an emergency instruction was issued stressing the need to vigilantly deal with alien things coming by wind and other climate phenomena and balloons in the areas along the demarcation line and borders.”

North Korea’s border has been on high alert for the longest time since the two Koreas split up in 1953. This is because of the flow of foreign objects, especially from the southern half of the Korean peninsula. Both sides used to send propaganda leaflets and other materials in balloons, but Seoul has made it illegal as of 2020.

The Korea Institute of National Unification’s head researcher, Hyung Joong Park, told ABC News, “It appears to be an attempt to raise suspicion among North Korean citizens about the propaganda leaflets, an attempt to spread the false idea that the leaflets are carrying COVID-19.”

Park also said that they are making up a narrative that COVID was caused not by mistakes made by the Party but by a planned move from the outside.

North Korea reported more than 4,750 cases of “fever” on Friday and said that, since the pandemic started, more than 99.827% of those who had “fever” have gotten better as of Thursday evening. North Korea has a minimal number of COVID test kits because the government has refused to accept help from other countries to find patients.

Fighters For North Korea, a group of defectors, based in Seoul, said on Tuesday that they sent 20 unauthorized balloons with masks, painkillers, and Vitamin C to North Korea to help with the pandemic there.