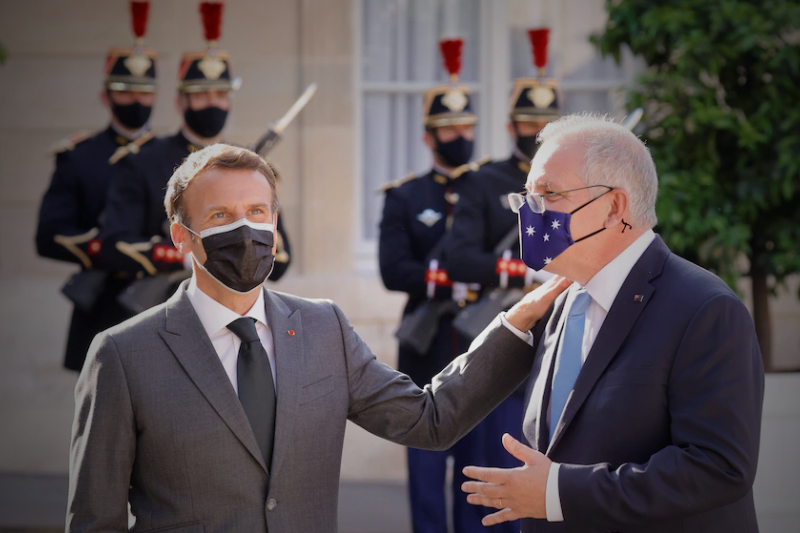 Australia and France have opened a “new chapter” while heading towards resetting their relations on Friday as the new Australian prime minister arrived in France, seeking to heal wounds and start afresh after a botched submarine contract had infuriated France.

France’s President Emmanuel Macron warmly shook hands with Australian Prime Minister Anthony Albanese outside the French presidential palace. The media recorded the greet as Macron showed a thumbs-up before he put his arm around the Australian leader’s back while heading inside for talks.

Australian Prime Minister Anthony Albanese said while talking to the media, “Trust, respect and honesty matters. This is how I will approach my relations” with France. The newly elected Australian prime minister and his partner, Jodie Haydon, were greeted on the steps of the Élysée Palace by Emmanuel Macron and his wife, Brigitte.

On his arrival, Albanese stressed that France was “not only a great European power, but also an Indo-Pacific and world power”. “Its engagement in the Indo-Pacific will be essential to address the challenges facing our region,” he added, hinting the two countries can worth on security issues together.

Before start of the meeting, Albanese said, “The relationship between Australia and France is important; confidence, respect and honesty are important. That is how I will approach relations.” On being asked if he expected an apology from Albanese, Macron said, ““We are talking about the future not the past. He isn’t responsible for what happened.”

Paris was infuriated when the previous Australian government headed by Morrison had announced in September that it was canceling contract with France worth a 90 billion Australian dollar ($62 billion) for French-made diesel-electric submarines. This was because Australia had struck a deal with the United States and UK, under AUKUS deal. The deal would provide submarines powered with U.S. nuclear technology to Australia, a deal that was made keeping French leaders in dark.

France had temporarily withdrawn its ambassadors from the Australia and United States. Macron had accused former Australian Prime Minister Scott Morrison of lying to him about the whole deal, something that was denied by Morrison.