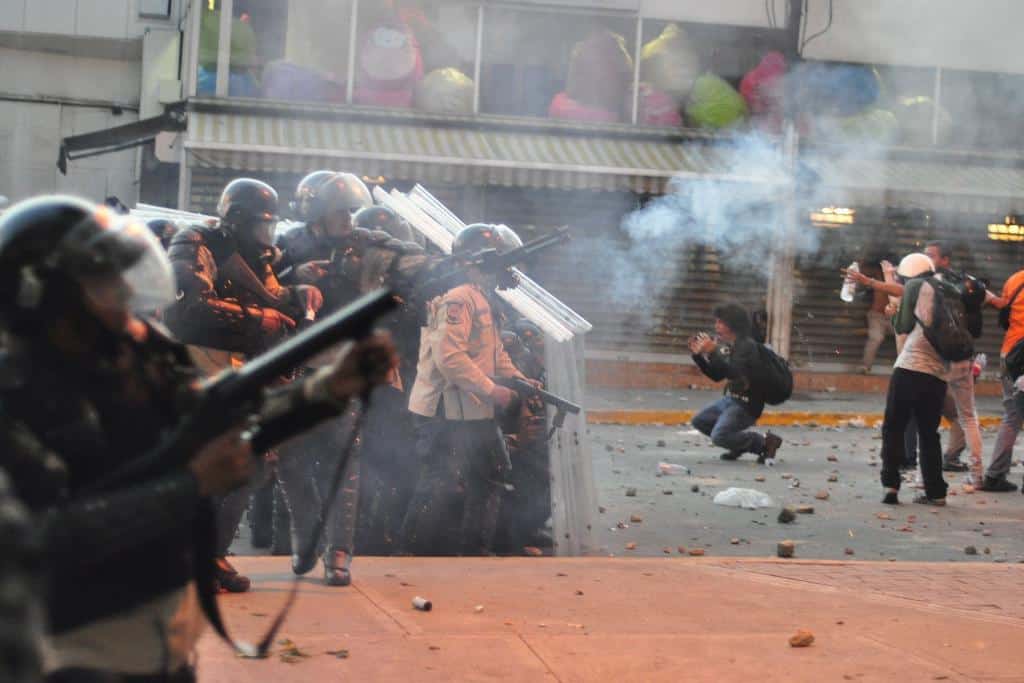 The use of tear gas has been common practice in the US in crowd control management. But this booming industry comes at a very high cost that the common American has to be pay up for.  There are two major companies which are known to have benefitted the most from the use of this non lethal weapon. Apparently, they have continued to sell these across the world in large numbers as well. The two companies include global defense manufacturers like Safariland, (Jacksonville, Florida) and Combined Systems, Inc (Jamestown, Pennsylvania).

Strangely, it’s now becoming a case of human catastrophe where people residing near the company factories are complaining of unhygienic disposal and environmental contamination. It is much of a scene out of the literally Erin Brockovich’s real life struggle of exposing a series of contamination frauds in America in the 80s.

Residents have complained about fumes and pollutants leaking into a nearby water system, workers falling ill working in the factories of both companies as just some of the repercussions of the running factories. Safariland makes use of temporary working staff that are overworked and underpaid with no benefits. Some of them work overtime to make up for the healthy demand for the non lethal weaponry that has increased in the last few years.

Tear gas makes use of an aerosol method to release pressurized solution of a powder that causes sinus, eye and skin irritation. It has become a popular form of crowd control management by law enforcement agencies worldwide. While the 1993 Chemical Weapons Convention banned the use of tear gas in warfare, its use became popular as civil war and civilian demonstrations have become a popular way for people to gather and be heard.

The use of non lethal warfare is said to be safer because it dispel crowds and deters them but does not lead to fatality.

Both leading American companies have continued to hire. They have received exceptional benefits and orders from with America and outside, and therefore the working conditions and methodology of production doesn’t seem to come into light of the watch agencies in the US.

However, the damages are huge and defy human rights of those working and neighbours suffering . Between January 2015 and June 10 of this year, medical personnel were called to Safariland 31 times for incidents ranging from fainting, lacerations, chemical exposures and illnesses, according to the Jacksonville Fire and Rescue Department.

In Jamestown, Pennsylvania, there aren’t too many options to work. It’s a small town which is okay with employment in the Combined Systems company, till the production started to hurt the lives of the people and they resorted to filing a lawsuit against the company in December 2014.

Fires have been a common practice, putting the lives of the workers at risk as well. Additionally, medical personnel are known to have been called 14 times during the same period for reports of hemorrhaging, traumatic injury, breathing and allergic reactions, according to call logs. There are several cases ongoing against the two companies but the industry continues to boom.

China is pushing its territorial claims in the East and the South China Sea amid the pandemic, says Japan
Europe remains ‘divided’ overpolicy of face masks during COVID-19