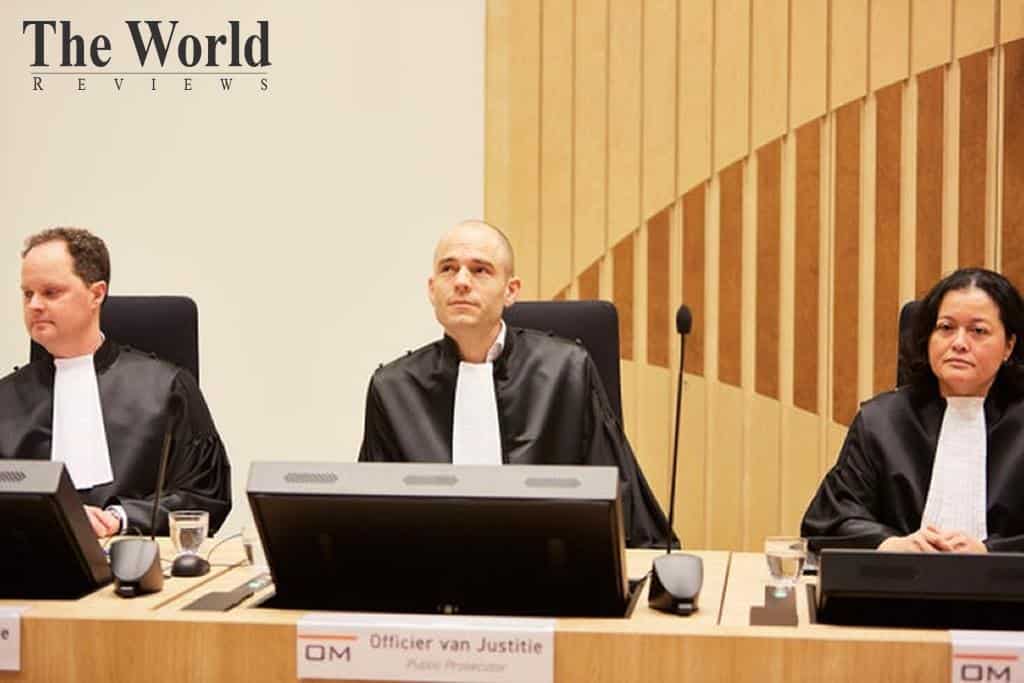 In the Netherlands, the trial of suspects in the case of MH17

The trial of persons suspected of involvement in the crash of flight MH17 in July 2014 began on Monday in the Netherlands. The dock is empty, however, Russian lawyers Oleg Pulatov are present at the hearings at the Schiphol court complex near Amsterdam. Presiding Judge Hendrick Steinhuis confirmed this by opening the meeting.

“Representatives of the relatives of the victims of the tragedy, as well as the defense representing Pulatov, are present in the meeting room,” he stated. We are talking about two Dutch lawyers from the office of Sjocrona – Van Stigt. In addition, a Russian lawyer Elena Kutina, also representing Pulatov, is present at the hearing. However, she “does not have the right to speak before a Dutch court, although she is a member of the defense team,” Steinhuis said.

The judge added that the Dutch military police are observing the order in the courtroom.

Steinhuis said the trial for the crash of flight MH17 had already been planned at least until the end of 2021.

Steinhuis added that the Dutch court considers four Russian defendants in the MH17 crash case as defendants.
“There are only four defendants against whom the state prosecutor has charged,” he said, noting that today it will be finally known whether one of them will appear in the courtroom and whether they will be represented by lawyers.

The meeting, he said, is designed to determine the current state of affairs. The presiding judge also noted that the court has yet to decide whether to continue the investigation of MH17. He clarified that the case has 36 thousand pages and a lot of media files. “This is a digital trial,” Steinhuis added.

The hearings scheduled for March 9-13 are devoted to the solution of technical, organizational and administrative issues: have the suspects received subpoenas, are they aware that a criminal case has been opened against them in the Netherlands, what exactly are they accused of, can they be tried in absentia whether the prosecutor’s office is ready to present evidence of what role the relatives of the victims will play. For the same purpose, another week was allotted in March – from 23 to 27, inclusive. In fact, if the case begins, it will not be earlier than June 8th.

It is known that the prosecutor’s case has 102 volumes and 36 thousand pages. The trial of the other three suspects – the Russians Igor Girkin, known under the pseudonym Strelkov, and Sergey Dubinsky, as well as the Ukrainian Leonid Kharchenko – will most likely be held in absentia. However, the presiding judge must make a separate decision in this regard.

The trial itself is taking place against the backdrop of serious disagreements between Russia and the West as to whether the results of the investigation can be trusted. The Joint Investigation Team (CCG) is responsible for it, which includes representatives from Australia, Belgium, Malaysia, the Netherlands and Ukraine. Experts first concluded that Boeing was shot down by Buk air defense systems, and in June 2019 they stated that they had identified four individuals suspected of involvement in the incident. Russian officials have repeatedly expressed distrust of the results of the SSG, pointed out the groundlessness of the arguments of the prosecution and unwillingness to use the conclusions of the Russian side during the investigation.

Doubts were added by a number of documents published recently by the platform for independent journalists Bonanza Media. One of them indicates that, according to the Dutch side, the tragedy occurred in an area where there was not a single Buk anti-aircraft missile system. Other documents suggest that Ukrainian fighters were seen in the sky during a plane crash and that representatives of Malaysia often were not present at the meetings of the SSG. The minutes of the meeting of the operational headquarters of the Joint Investigative Group, published on Saturday, indicate that members of the Dutch prosecutor’s office raised the issue of “violating Russia’s sovereignty by accessing witnesses who most likely live in the Russian Federation without informing the Russian authorities about this.” Following this, it was a matter of luring witnesses, and then “interrogating suspects in the Russian Federation without informing or involving the Russian authorities in this.”