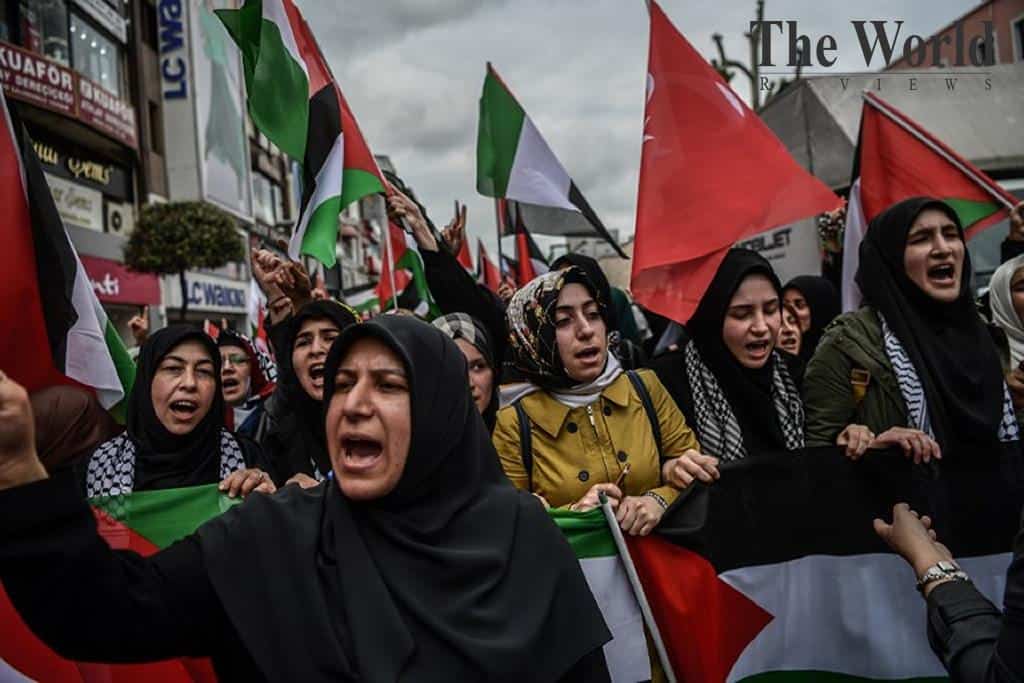 How International Women’s Day Became A Day Of Mass Protest

It was not a very awarding International Women’s Day for the women at the Turkish border, as many female asylum seekers thronged the border demanding to be let into the EU as part of protests. Similar protests have been witness around the world.

These also included demonstrations by South Americans campaigning for access to abortions and topless demonstrations in London and Paris. Reports poured in that at the Pazarkule border crossing between Turkey and Greece, thousands of women and children were protesting marking a very different International Women’s Day. Women and children carried placards with the words “Help us” and “Don’t Kill Us — We Are Human” where thousands of migrants have gathered since Turkish President Recep Tayyip Erdoğan decided to open the Turkish side of the border two weeks ago.

Literally most the outbursts were met with force, despite the fact that most of these regions were also reeling under the threat of the coronavirus spread. Reports also confirm outburst of women in Santiago, Chile, Kyrgyzstan, Mexico, Milan (Italy has recently been hit with a disastrous outbreak), Philippines, and many other cities, women took to streets to unite and protest for the sake of humanity, marking a very different tune to the power of the woman.

Bare chested women could be seen in many cities as a mark of serious protest to the misgivings of respective governments. In London, 31 women from the Extinction Rebellion group formed a topless chain across Waterloo Bridge, saying their bare breasts symbolised “the vulnerability of women around the world in the face of climate breakdown”.

London was also witness to women going on strike, encouraging all to reject both paid and unpaid domestic work. Pockets of protests were report on various issues. “The women’s strike rejects the decades of economic inequality, criminalisation and policing, racial and sexual violence, and endless global war and terrorism,” the group said in a statement.

In some cases, the protests were met with extreme police violence. Some women tweeted pictures of marchers left battered and bruised, prompting Julien Bayou, the party secretary of Europe Ecology-The Greens, to condemn what he termed “absolutely unjustifiable police violence.”