Home » Geopolitics, energy and security: what future for the Mediterranean?
By    Staff Writer      September 24, 2020 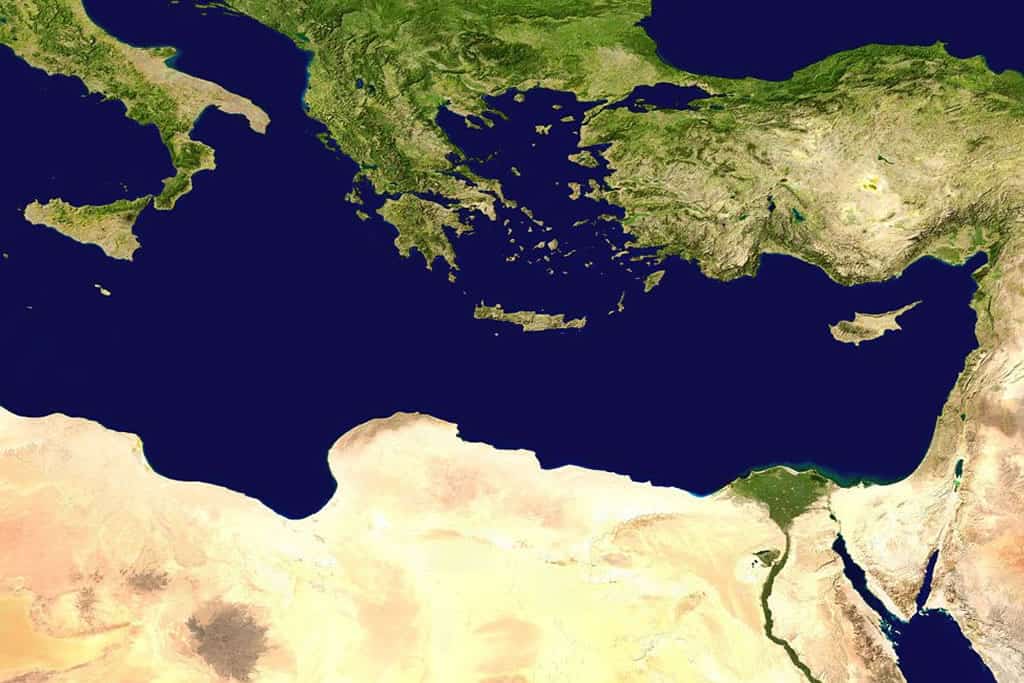 Geopolitics, energy and security: what future for the Mediterranean?

Geopolitics and security, economy and development, civil society, and culture. The Mediterranean as an immense cemetery? Or an exciting means of communication between peoples, opportunities for Ulysses, that is, individuals moved by the ardour of knowledge? Maybe a theatre of travels in search of beauty and not about escape. Yes, for this to be the case, first of all, we need to sort out a few situations here and there for Africa and the Middle East.

Yesterday was a hectic day for European diplomacy committed to the crisis in the eastern Mediterranean. Two key-meetings at the end of which Greece and Turkey committed themselves to exploratory talks, the first of this kind since 2016.First, in the NATO headquarters in Brussels, the fifth meeting between the military delegations of Turkey and Greece, which ended with the announcement of a new appointment next week.  The discussions focused on the relaxation of relations between the two countries and bilateral relations between the two armies.

Then the conference call between the Turkish President, Recep Tayyip Erdogan, the German Chancellor, Angela Merkel, and the President of the European Council, Charles Michel.At the end of the works, the participants declared that “Turkey and Greece are ready to start exploratory talks” on the eastern Mediterranean, where the two countries duel for areas potentially rich in natural gas.

During the videoconference, Erdogan noted that the momentum to reduce tensions and to open channels for dialogue should be “protected with reciprocal steps.” Expressing appreciation for the German mediation efforts, the Turkish President said he believes that “a regional conference with the participation of all parties in the Eastern Mediterranean, including Turkish Cypriots, will lead to positive and constructive decisions that will benefit all.”

During the East Mediterranean Gas Forum organized in Cairo, in another videoconference, Egypt, Cyprus, Greece, Israel, Jordan, and Italy signed the agreement for the creation of an intergovernmental body that will promote cooperation and develop political dialogue on the natural gas sector.No one has escaped the significance of this officialization just as the Mediterranean is upset by the tensions between Athens and Ankara generated by exploration in the Mediterranean and fueled by Turkey choice to continue with new drilling activities and by the country agreement with Tripoli last year.

So, in the coming days, Greece and Turkey will start exploratory political talks in Istanbul. Erdogan has launched an appeal for a sincere dialogue. “The Turkish priority is to resolve conflicts through a fair dialogue based on international law,” he said. Erdogan added that his country does not tolerate any diktat, persecution, or attack, urged by an Emmanuel Macron who, from Paris, invited him to commit himself without ambiguity. Erdogan and Macron then had a telephone conversation in the evening, which would seem to indicate the willingness of all the actors to move towards a political solution.

The crisis in the Aegean, frozen pending these talks, would have been at the center of the European summit on 24 and 25 September, postponed yesterday evening, by October, due to the quarantine of Charles Michel. The meeting had to discuss the French proposal for sanctions against Turkey. The resumption of these talks on the delimitation of maritime zones, suspended since 2016, has been welcomed as a positive signal by observers.

As Erdogan also pointed out to Angela Merkel, how to handle this dispute will be fundamental to restore or not relations between Turkey and the EU. Both Brussels and Ankara understood that. Not surprisingly, the announcement of the resumption of talks took place a few days before the EU summit, which instead should probably have decided on sanctions against Turkey.