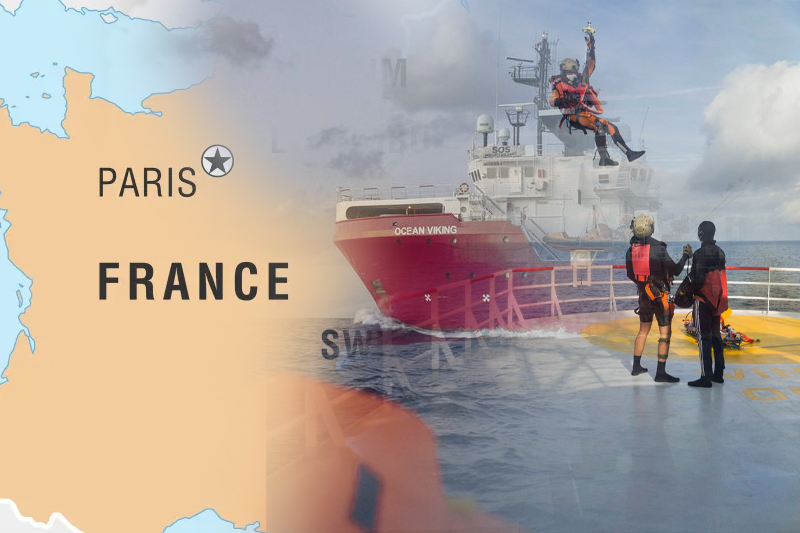 France allows migrant ship to dock after fallout with Italy, pulls out of EU agreement

The government of France has allowed extension of a safe port to the Ocean Viking rescue vessel that is carrying 234 vulnerable migrants after refusal by Italy. Interior Minister Gérald Darmanin said France would be welcoming the hundreds of passengers on the vessel at the military port in the city of Toulon.

The Norwegian flagged vessel, which is operated by the NGO SOS Méditerranée, has been travelling on waters for nearly three weeks. Italy had blatantly refused to allow the migrants to arrive at the port on Italian territory, thereby sparking a dispute with Paris.

French Interior Minister Gerald Darmanin has blamed the “the new Italian leadership for making the incomprehensible choice not to respond to the many requests for assistance sent by the ship even though the boat was clearly in the search and rescue area of Italy.”

Darmanin has also announced that France would be immediately pulling out from a European Union agreement under which “some asylum seekers accepted by Italy would be welcomed for relocation in other EU countries”. He said, “France suspends all relocations of 3,500 refugees currently in Italy and calls on all other participants in the European mechanism, including Germany, to do the same.”

Italy has hit back calling France’s reaction as completely disproportionate. “The reaction that France is having in the face of a request to take in 234 migrants — when Italy has taken in 90,000 this year alone — is totally incomprehensible in the face of constant calls for solidarity owed to these people,” Italian Interior Minister Matteo Piantedosi said in a statement.

“This is a bitter sense of relief because it’s 20 days too many for those on board who now have to start rebuilding their lives,” Eliot Guy, a spokesman for SOS Mediterranee, the NGO operating the Ocean Viking rescue ship. The migrants aboard on the vessel had been rescued between October 22 to 26 in six separate rescue operations.

In past few days, about 1,000 migrants on board four NGO ships have been in a state of uncertainty off the Italian coast, after Rome demanded that the nations whose flag was on rescue ships must take responsibility for the migrants.