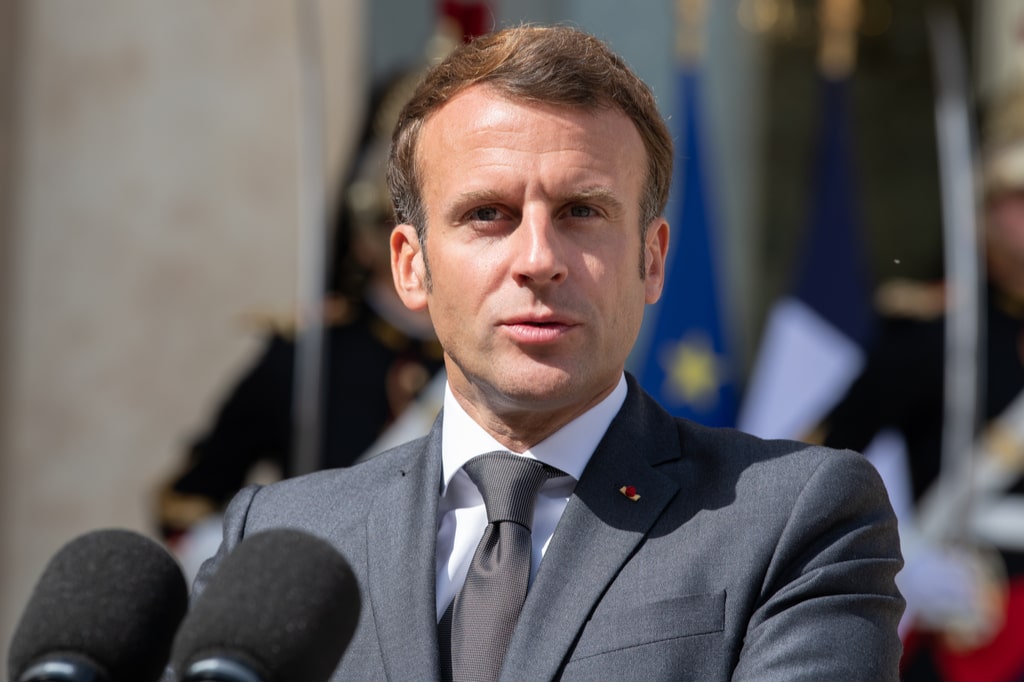 It had been presented as one of the most important laws of Emmanuel Macron’s mandate. The Loi Climat et Résilience, the Climate and Resilience law, arrives today at the Assemblée National preceded by a great mobilization that took place yesterday throughout France. Environmental activists and large environmental NGOs denounce a downward reform that will not allow France to comply with the objectives set by the Paris climate agreements. Thousands of protesters took to the streets accused Emmanuel Macron and the government of having betrayed the Convention Citoyenne Sur le Climat.

The convention consisting of 150 citizens drawn by lot was Macron’s idea, as an experiment in participatory democracy born after the yellow vest movement. Among the reasons for the protest then there was the Carbon Tax, a measure dropped from above by the government without enough consultation.

Mindful of that experience, in October 2019 the French leader entrusted citizens with the task of presenting proposals to reduce greenhouse gas emissions by 40 percent by 2030 (compared to 1990), with particular attention to “the social justice “. After nine months of work and the hearing of dozens of experts, the Convention presented a report consisting of 149 proposals.

Macron had promised citizens to pass their “unfiltered” measures to parliament. And instead, according to many of the authors of the report and the activists who took to the streets, not much remains in the law that comes before the deputies.

During yesterday’s festive demonstration in Paris, many placards attacked the head of state’s turnaround. “Macron, ta Loi en carton, c’est la poubelle jaune”, Macron your cardboard law is a yellow garbage. The activist Cyril Dion, “guarantor” of the Convention, denounced the weight of the industrial lobbies that would have upset the objectives of the reform. And then he warned: “There are no negotiations possible with the climate, it is a race against time”. The co-chair of the Convention, economist Laurence Tubiana, who had participated in the negotiations for the 2015 Paris accords, also joined the demonstrators in the Montpellier march.

“The French are asking more of their deputies and their government,” commented Tubiana. “We need a truly ambitious climate law in which the social component is the pivot of this necessary transition”. The organizers have already made an appointment on May 9, in case the law is approved in its current version.

The parliamentary process of the Climate Law promises to be troubled. About 7,000 amendments have already been tabled and the majority itself is divided. Although there are some symbolically strong measures – such as the abolition of domestic flights when there are alternatives in less than two and a half hours by train, or the ban on renting apartments without thermal insulation by 2028 – critical voices are multiplying. About the obligation to improve energy efficiency, many proposals have been downsized. The Convention called for the complete renovation, including roof, insulation, windows, controlled heating, and mechanical ventilation, of 20 million homes.

Other measures that are slowly being advanced include the phasing out by 2030 of tax breaks on diesel for haulers, and the implementation of a regional eco-tax for heavy vehicles. Another measure advanced by the Citizens’ Convention concerned the ban on advertising for the most polluting companies. This idea was also limited. For vegetarian menus in canteens, a subject that has raised controversy with some municipal councils of the Greens, the government does not want to go beyond simple experimentation.

Ecological Transition Minister Barbara Pompili herself admitted that she wanted a more ambitious law. Pompili then recalled that the reform does not exhaust the government’s commitment and she recalled other measures taken by the government, some very symbolic such as the decision to introduce climate protection in the Constitution. For Macron, the approval of the Loi Climat et Résilience risks becoming a decisive political battle just over a year after the presidential elections. Not only because he has focused heavily on France’s green turning point, but also because he wants to counter the political rise of the Greens, who had a strong success in the last administrative elections.