Home » Energy and geopolitics, what happened last month between the Mediterranean and the Middle East
By    Staff Writer      September 3, 2020 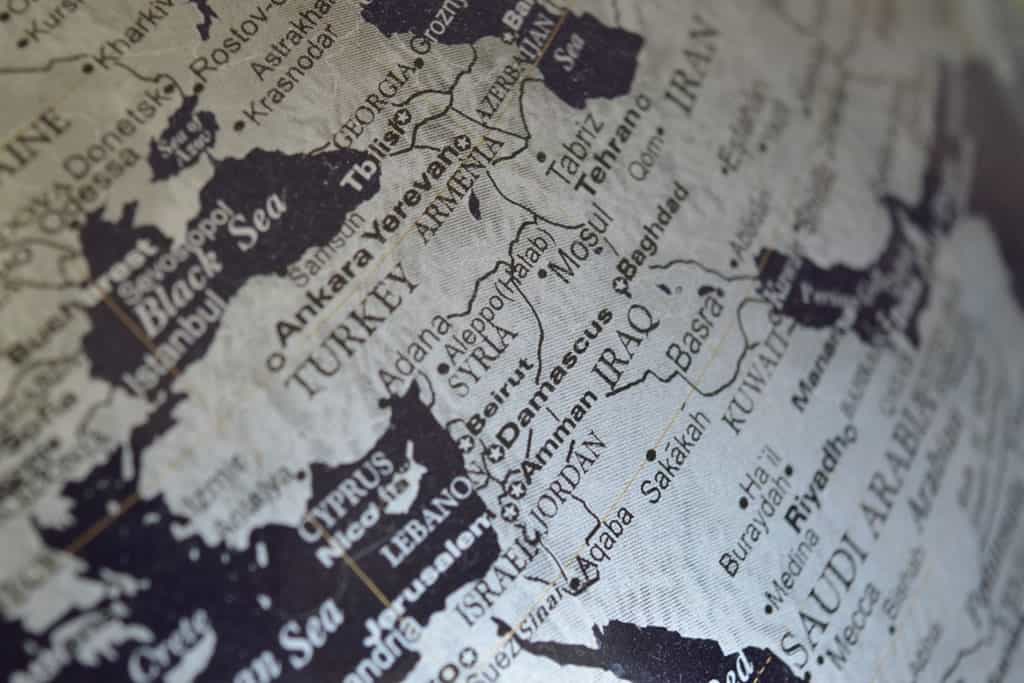 Energy and geopolitics, what happened last month between the Mediterranean and the Middle East

What has just ended was one of the hottest months of the year, not only from a meteorological point of view but also from a geopolitical point of view. August saw a series of events in the Mediterranean and Middle East of considerable political weight.

On August 1st, the United Arab Emirates started operations of the first unit of its nuclear power plant. The Korea Electric Power Corporation (KEPCO) has built the Barakah Nuclear Power Plant in Abu Dhabi. That is the first nuclear power plant in the Middle East. The leader of Dubai, H.E. Sheikh Mohammed bin Rashid al-Maktoum, on Twitter, called it “the first peaceful nuclear reactor in the Arab world.” Once completed, Barakah will have four reactors with a capacity of 5,600 megawatts (MW). At the end of July, the UAE also launched its first historic mission to Mars. The Hope probe was launched on an H2-A rocket from the Tanegashima spaceport in Japan. It has 500 million km in front of it. The arrival is programmed in February 2021, and it will coincide with the 50th anniversary of the formation of the United Arab Emirates.

August 4 is the sad day of the big explosion at the port of Beirut. Among the most accredited reconstructions, a fire in a warehouse in the port where 2,750 tons of ammonium nitrate were collected, seized several years ago by a Turkish ship. The ammonium nitrate was in poorly protected bulk bags. On August 10, the Lebanese government resigned following mounting anger over the blast that devastated parts of Beirut. In addition to causing hundreds of deaths and missing, the explosion damaged buildings within a radius of several kilometers. Damages are estimated to be over $ 3 billion and collective economic losses of $ 15 billion. The country was already in an economic recession, with families pushed into poverty and hunger.

On August 12, the French ships move towards the eastern Mediterranean. President Macron has ordered French forces in the Eastern Mediterranean to provide military assistance to Greece. The temporary deployment to Greece will include the Lafayette frigate, which has already conducted a joint exercise with the Greek Navy, the Tonnerre amphibious assault helicopter carrier, and two Rafael jet fighters deployed to Cyprus. Relations between Macron and Erdogan have frayed in recent years, particularly after a Turkish naval force off the coast of Libya in June came close to attacking a French frigate imposing a UN arms embargo.

August 13 changed the history of the Middle East forever with the signing of a peace agreement between the UAE and Israel. The pact will be called the Abrahamic Agreement, from the name of the biblical figure indicated as the father of Judaism, Christianity, and Islam. Israel has relations with Egypt and Jordan, but the United Arab Emirates is the first Arab state in the Gulf to announce a formal link. In recent years, the fight against terrorism financed by Qatar and Iran have brought the two States closer.

On August 18, the military in Mali successfully conducted a coup d’état and declared the beginning of a transitional military regime leading to credible general elections. The soldiers kidnapped several political leaders, including President Ibrahim Boubacar Keïta, who dissolved the government and resigned in a televised speech. France maintained a strong military presence in Mali through the “Barkhane” operation. Barkhane goal was to counter the growing jihadist extremism in the region.

The next day, August 20, the Iraqi prime minister visits the United States. The Trump administration is urging Iraq to proceed with a project to connect its electricity grid with Saudi Arabia and other Gulf states, among measures to reduce Baghdad’s longstanding dependence on Iranian energy. The United States and Iraq have announced deals on natural gas and energy technologies with a potential value of 8 billion dollars.On August 21, President Erdogan announced the greatest natural gas discovery ever found by Turkey in the Black Sea, a finding he believes will pave the way for the country’s energy independence. Two days later, on August 23, protests break out in Libya that will lead Prime Minister Fayez al-Serraj to suspend the Minister of the Interior while he was visiting Ankara. The next day Pashagha arrives in Tripoli escorted by the militia of Misrata and the Islamists of the Special Deterrence Force (RADA).

On August 27, Israel strikes Hezbollah in Lebanon. The Israeli army hit what are said to have been positions belonging to Lebanese Hezbollah after firing shots at Israeli troops. On August 28, Greece, Cyprus, France, and Italy launched a joint naval mission, “Eunomia,” in the eastern Mediterranean.