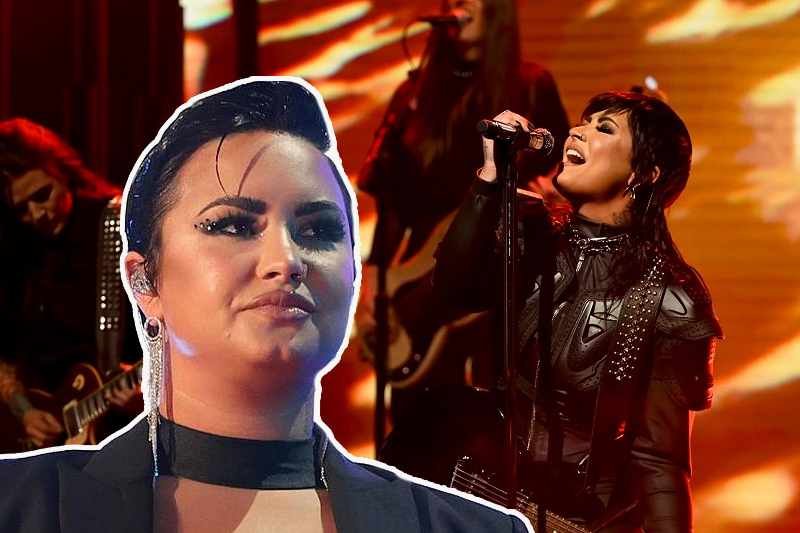 Demi Lovato has revealed that the Holy Fvck music tour that she is currently on will be her final one.

During her performance in Santiago, Chile, the singer, who is 30 years old, posted a snapshot to her Instagram Stories account with the statement, “going to power through it for you guys,” along with an emoji of a sick person holding a thermometer and a photo of herself taking a mirror selfie backstage.

“I need help singing, so sing loud for me bbs,” she added. “I barely have a voice. I’m gonna be pointing the mic to the audience a lot tonight. Please sing for me.”

According to CNN and Billboard, the “Cool for the Summer” singer also posted another series of Instagram Stories that have since been deleted. “I’m so f***ing sick I can’t get out of bed. I can’t do this anymore. This next tour will be my last. I love and thank you guys,” she wrote.

The tour in support of Demi’s eighth studio album got underway in August in Des Moines and South America. It will now continue across the United States.

When Demi Lovato was hospitalized in 2018 for a drug overdose, she disclosed in the docuseries Demi Lovato: Dancing with the Devil, which aired in February 2021, that she had suffered a heart attack, three strokes, and a brain attack during that time. She was also left with some brain damage. The former child star on Disney Channel was found unconscious at her home in the Hollywood Hills, apparently from an overdose of narcotics mixed with fentanyl.
The singer disclosed their gender identity as non-binary in May and stated that “ignoring her truth” was to blame for her overdose on drugs.