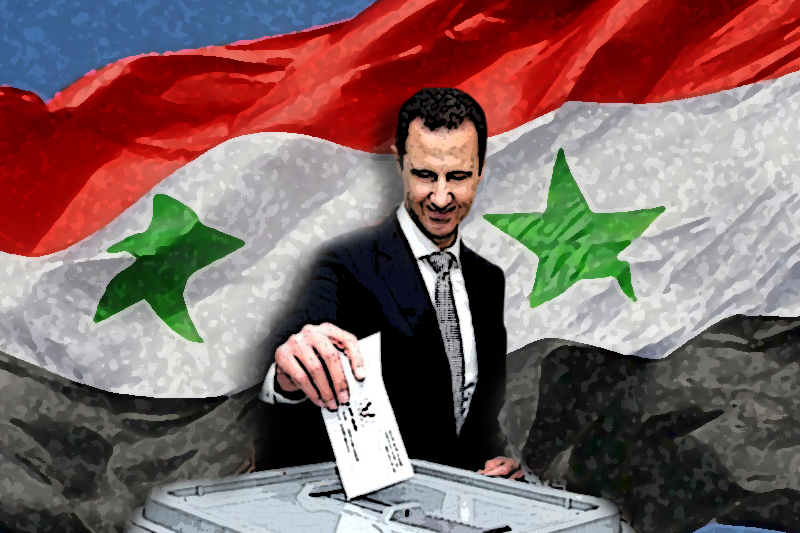 Decades into war Syria to hold elections: will it bring a change or tighten Assad’s grip

Decades into war Syria to hold elections: will it bring a change or tighten Assad’s grip

Syria is facing gory and ravaging civil war for a decade now. Assad dynasty has been in power for decades now but May is bringing in ‘possible’ hopes of thousands of Syrian people who each day are living under despair and uncertainty for tomorrow. Syria’s Parliament has announced that country would hold its presidential election in May. But this move can also maintain, and in high probability tighten President Bashar al-Assad’s grip on power and Syria.

Coming presidential election, Assad is not expected to have any fierce or serious opposition amid growing economic crisis and internal conflict in Syria. Assad has already survived with his tyranny at the cost of over 400,000 Syrians who have been killed, with more than half displaced or fled the country.

The presidential election that is scheduled to take place on May 26 will elect the Syrian president for seven year term. Candidates for election can register from Monday with Syrians living overseas would be able to vote at their respective embassies on May 20, said Speaker Hamouda Sammagh. This election would be the second in Syria since the civil war began in 2011. The previous election that was held in 2014, was dismissed to be illegitimate by opponents in Syria, US and EU after Assad registered a win with 92% votes. The 2014 election was the first time in decades that a member other than from Assad dynasty was allowed to compete in election.

Assad has proved to be a survivor since 2014 vote despite opposition from West and growing discontent in the country. Through Russian intervention in 2015 and unwavering support, Assad is now in a much stronger and secure position than he was back then. He has a better control in several regions across Syria, but he is largely dependent on support from Russia and Iran. On the flip side, the inner circle of Assad is showing signs of fine fracture lines amid growing financial crisis and unrest across country hinting a plausible fading Assad’s influence. But in absence of strong opposition what good this election would bring for Syrians is uncertain. Under such circumstances it is also possible that Assad’s grip over country would tighten even more, bringing in more despair for the people.