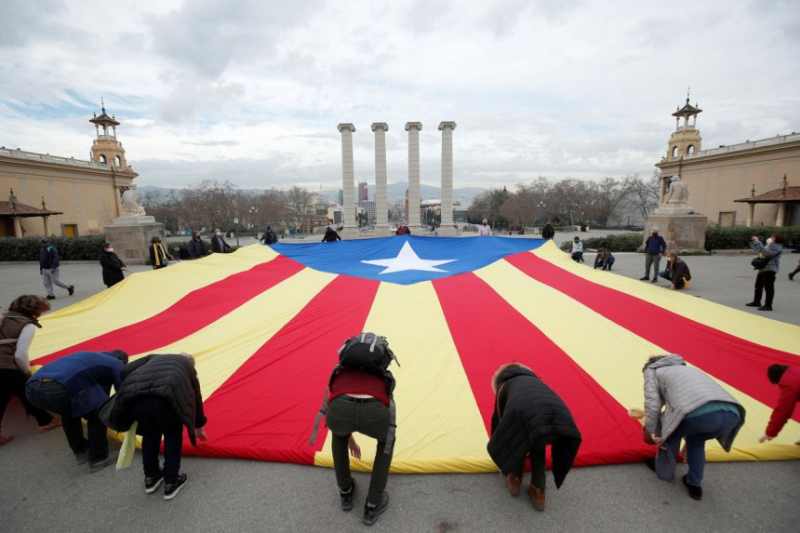 At the close of the polls, the first exit polls – broadcast by the public TV3 network – on the result of the Catalan regional elections attribute the victory to the separatists of Esquerra Republicana, the party of Oriol Junqueras, and the current president of the Generalitat Pere Aragonès: 36-38 seats for them (out of a total of 135 of the Catalan Parliament), but the second place for the number of votes. The most voted party would be the PSC, the socialists led by Salvador Illa, the former health minister of the Sánchez government, who would get 34-36 seats. For the socialists, it means doubling the number of regional deputies compared to three years ago, when they had 17.

In third place the other great independence force, Junts for Catalunya, the party of former president Carles Puigdemont, who with the candidate Laura Borràs, would win between 30 and 33 seats. On the right, the most voted party would be that of the extremists of Vox, absent so far in Catalonia, who with 6-7 seats, would bypass the PP which stops at 4-5. Meltdown for the other center-right formation, Ciudadanos, winner of the previous elections with 36 seats: it loses about eighty percent of the votes and stops at 6-7 seats.

Very low voter turnout: At 6 pm, two hours before polling stations closed, 45.7 percent of the voters had voted, 22.5 points less than in the 2017 regional elections. A decline that may be partially explained by the high number of Catalans who voted by post: over 250,000, 300 percent more than in the last elections. The key to these elections was to know which of the two main independence parties, Junts for Catalunya and Esquerra Republicana, would prevail over the other. When, late in the evening, an advantage arises for the Republicans, the philosopher Josep Ramoneda breathes a partial sigh of relief. The only way to make it possible for something to change in Catalonia is to avoid Junts having the presidency.

Junts’ victory would have meant having a quite quarrelsome independent government, and we would have gone on with the after-effects of that endless drunkenness of October 2017, with the illegal referendum and the declaration of independence. Junts is a magma party, which brings together radical neoliberals who would like Catalonia to be a tax haven and very leftist people. Inside there is everything. To keep them together is the presidency, if it loses, they can quickly fall apart.

Esquerra Republicana, due to its position as a pro-independence and progressive party, held the key to these elections: it could decide whether to govern with the pro-independence activists or to open up to a left-wing government with the socialists and En Comú Podem. But they have limited their ability to choose, pledging not to negotiate with the socialists. “Thus, Esquerra decided even before the vote that there was only one solution, even though he knew that it weakens the party because it leaves him no other option “.

At least in the short term, it seems unlikely that Esquerra will be able to back down and back off his commitment. It all depended on who would come first between the two parties. Junts’ victory would have left him no choice but to join a pro-independence government, albeit in an uncomfortable condition for them.

The Socialists have achieved a spectacular result by doubling the seats, but they will not be in a position to govern. In the present circumstances, they can’t put together a majority in the Catalan Parliament. However, it is a result that pushes towards an opening to new scenarios, even if we will not see the results immediately. Socialist success means having a strong opposition first party, unlike what happened three years ago with Ciudadanos, which got lost behind its fantasy of being able to aim to become the dominant force of the Spanish right. A case of vanity and lack of sense of reality that has paid dearly.

For the first time, the far-right also breaks into the Catalan parliament. It is a result that marks the beginning of something very worrying: Vox is in a position that projects it towards the role of the main party of the Spanish right. The consequences can be important.