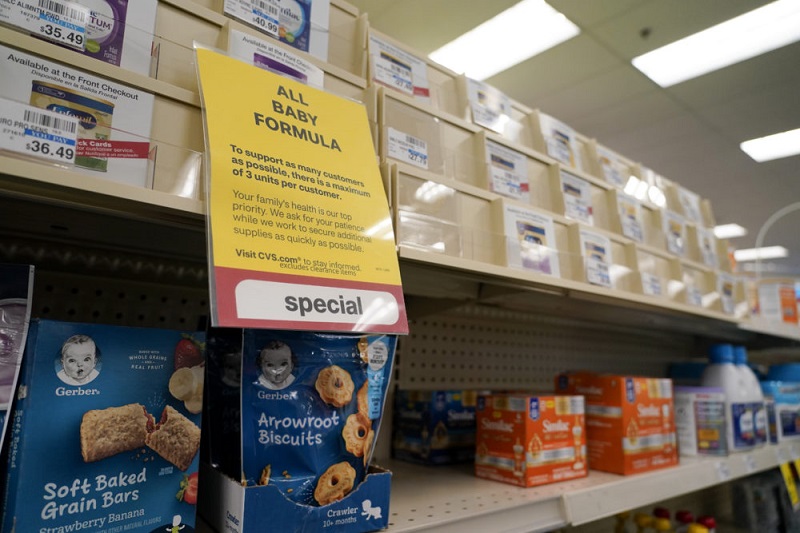 baby formula shortage crisis in the us

Baby Formula Shortage Crisis In The US

Many parents are having difficulty feeding their children, and the Baby Formula Shortage crisis is particularly affecting poorer families.

As the formula crisis in the United States persists, many parents are unable to obtain the food they need to feed their children. At the beginning of May, 43% of infant formula was out of supply at stores.

This was done after recalling infant formula products following a government investigation into four babies who suffered bacterial infections from the formula, two of whom died.

According to the company, “There was no link between Abbott’s formula and the babies’ death.”

Dr. Christopher Duggan, director of the Center for Nutrition at Boston Children’s Hospital, noted that the Michigan facility closure “significantly worsened” the pandemic-related supply chain problems that were already present.

Some publications have incorrectly claimed that the Biden administration is supplying infant formula to undocumented immigrants, causing shortages.

Some are advocating for federal intervention to end a monopoly on the baby formula market held by a few businesses. In a letter to Vilsack, Booker, Warren, and other senators demand an immediate antitrust investigation, writing:

Kellams and Duggan also advocate for policy improvements to help moms who are breastfeeding. The United States is the only developed country that does not have paid maternity leave. Duggan said,

“It’s very difficult to successfully breastfeed your child and still go back to work. There are a lot of things that our government and policy makers could do to support breastfeeding families.”