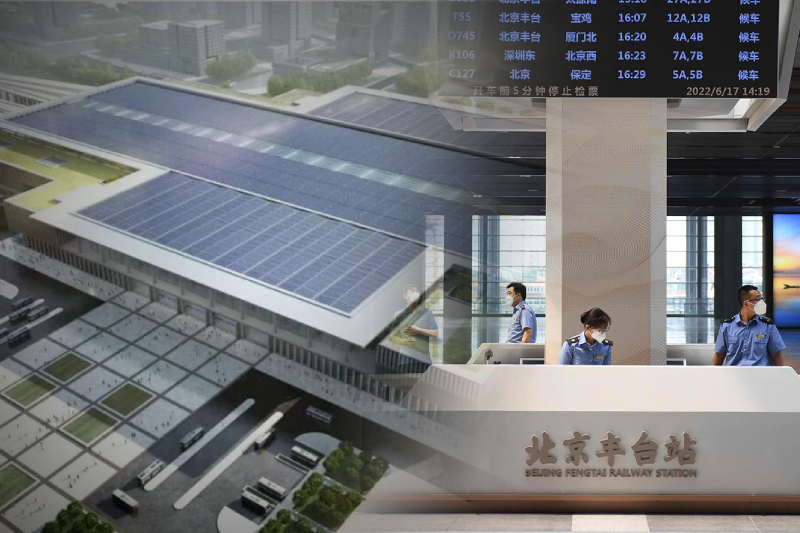 Fengtai Railway Station in China’s capital city Beijing which was built in 1895, has reopened on June 20, 2022 after completing renovation through man years.

The highly renovated railway station, that has been billed as the largest railway station in Asia, has 32 train platforms, along with departure lounges, restaurants and other amenities that spread across an area of 400,000 square meters. When functioning at its highest working capacity, the station is capable to host 14,000 passengers per hour while operating a mix of bullet and regular trains and also along with  subway lines.

“The design of the double-layer yards – with bullet trains running atop and regular-speed trains running on the ground – saves a lot of space,” Ma Hui, chief engineer of the construction project, told China’s state-run newspaper China Daily.

“The unique design has changed the layout of the traditional railway station. It is an innovative way to arrange the functions of a railway station,” he added.

One of the unique features of Fengtai railway station is a photovoltaic power station on the roof, that generates power for the building.

At present while China is closed down to majority of the international tourists, Fengtai has already begun serving train routes from the capital Beijing to Shanghai, Guangzhou and other hubs.

Furthermore, a link connecting Fengtai to Hong Kong‘s Kowloon station is on deck and will operate once the city reopens its border with the mainland.

China’s Belt and Road global infrastructure initiative has railway as one of the core elements and is a way for the country to formulate closer relationships with other nations in neighbourhood.