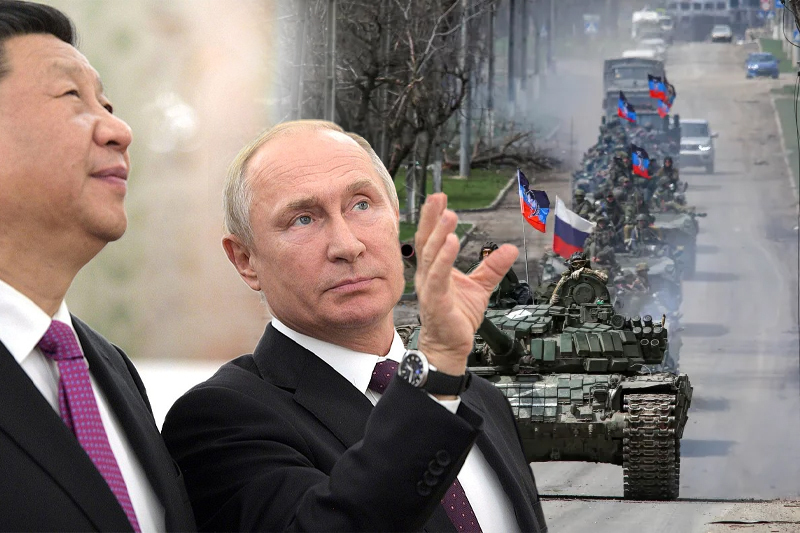 On September 15, Russian President Vladimir Putin and Chinese President Xi Jinping met for the first time since February in Samarkand, which is located in the country of Uzbekistan. After having a private conversation with Xi, Putin shared with the world that he had been made aware of Xi’s “questions and worries” on the conflict in Ukraine.

Xi made no public mention of his questions or worries. In a readout of the meeting that the Chinese government released, there was no mention of Ukraine.

While it is not surprising that China has similar concerns, a representative for the United States Department of State stated that it is “rather unusual that Putin would be the one to declare it so openly.”

In light of the sanctions imposed by the West, why would Putin make public what appears to be criticism from Russia’s most important economic lifeline? It occurs at a time when significant tactical reversals are taking place in key contested areas and Ukrainian troops are pressing east.

It adds even more significance to the fact that Xi did this on his very first trip outside of China since the pandemic began. To this point, China has refrained from issuing a statement denouncing Russia for its behavior.

What were China’s questions about the war?

What inquiries and issues was Xi able to bring up behind closed doors?

The fact that this war has been going on for such a long time can’t make Xi happy. Putin would have been wrong on every point if Russia had banked on military supremacy, an unpopular government in Ukraine, and Europe doing nothing more than wringing their hands in the tight grip of Russian energy. All of these predictions did not come true.

If Putin’s next best bet is on Western backing disintegrating when a bitterly cold winter bites and Europeans riot unwilling to suffer for the sake of a country that is not a member of the European Union, then this is a significant gamble on Putin’s part.

After Russia cut off the major gas pipeline, Ukrainian President Volodymyr Zelenskyy issued a warning to Europeans, telling them to brace themselves for a harsh winter. This warning plays into Western guilt and a collective dread of Russian expansionism. The governments of Western Europe have been making preparations for the forthcoming winter by reducing energy consumption and stockpiling gas in advance, which may be enough to see them through the coming winter.

Taking into account Russia’s recent string of military defeats as well as Ukraine’s continuous access to weaponry and financial backing, it’s hard to say that Russia won’t end up being defeated.