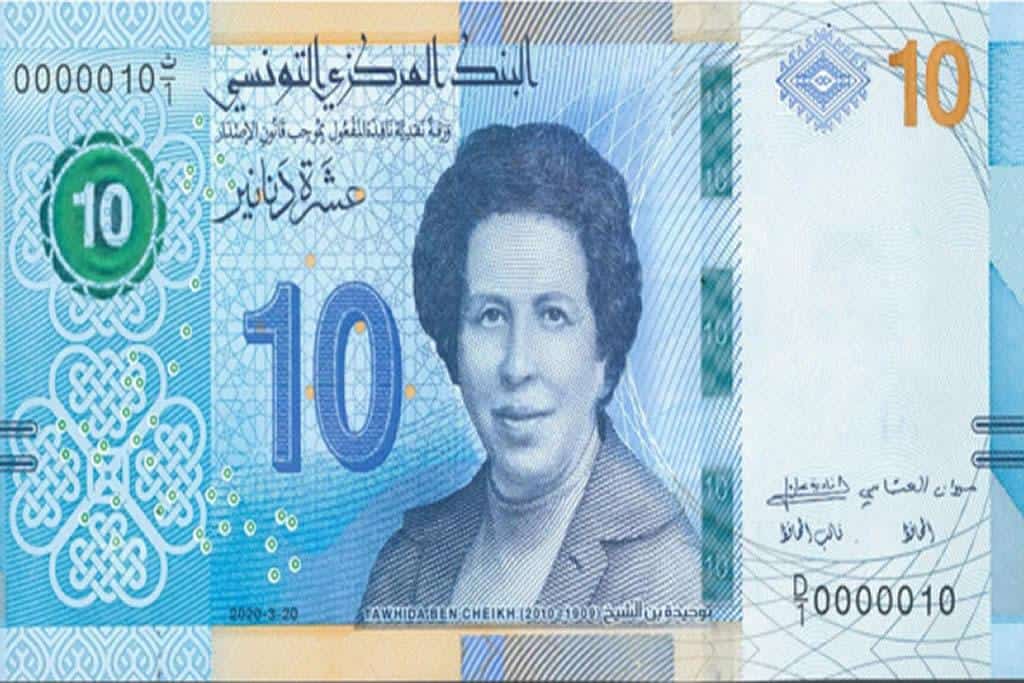 Who is Tawhida Ben Cheikh the female doctor honoured by Tunisia with a banknote?

The issue of the 10-dinars banknote in honor of Tawhida Ben Cheikh, pioneer in women’s medicine, could not have happened at a better time. Although announcing the circulation of the banknote as legal tender on Thursday, Abdelaziz bin Said, director of the Public Treasury of the Central Bank of Tunisia, said that this decision had been made a year ago to “honor Tunisian women”, seems that Dr. Tawhida Ben Cheikh comes to the rescue of his Tunisian colleagues engaged today against the challenge of the new coronavirus, covid-19. Tawhida Ben Cheikh born January 2, 1909 in Tunis and died December 6, 2010, at the age of 101 years, is a Tunisian known to be the first Muslim woman in the Arab world to practice as a doctor, paediatrician and then gynaecologist.

Madame Ben Cheikh has been honoured by Tunisia by issuing a ten-dinars note dedicated to her, a first for the North-African country. Coming from a good family in the city of Ras Jebel, she first studied with the sisters in the rue du Pascha between 1918 and 1922 and then attended the Armand-Fallieres high school in Tunis. In 1928, she became the first Muslim baccalaureate in Tunisia. The decisive mediation of Doctor Étienne Burnet, a French doctor and researcher, and his wife, who offered to help madame Ben Cheikh to register at the Faculty of Medicine in Paris and settle in the French capital opened up new perspectives for her. Her mother, persuaded by the interest of the project, negotiates step by step with the paternal family because Tawhida was orphan of father, to get their approval, acquired in extremis. In 1936, the girl returned to Tunis with a medical degree.

During the French colonization, Tawhida practiced private medicine as public hospital services were controlled by the French authorities. After general medicine and paediatrics, she turned to gynaecology and contributed to the establishment of Tunisian family planning through the service she created at Charles-Nicolle hospital in 1963 and then through the clinic that she opened in 1968. At the same time, she headed the maternity services at Charles-Nicolle and Aziza Othmana hospitals. Tawhida became also vice-president of the Tunisian Red Crescent, and in 1937 she edited the women’s magazine ‘Leïla’. She is also a member of the Muslim Union of Women of Tunisia (UMFT), founded by Bchira Ben Mrad. The issue of the banknote from the Tunisian Central Bank in honor of this extraordinary female doctor today has a double meaning, a tribute to the Tunisian woman, who has always fought for the affirmation of her rights, and a tribute to the medical and paramedical staff who today in the whole world is fighting a war against an invisible enemy called covid-19.