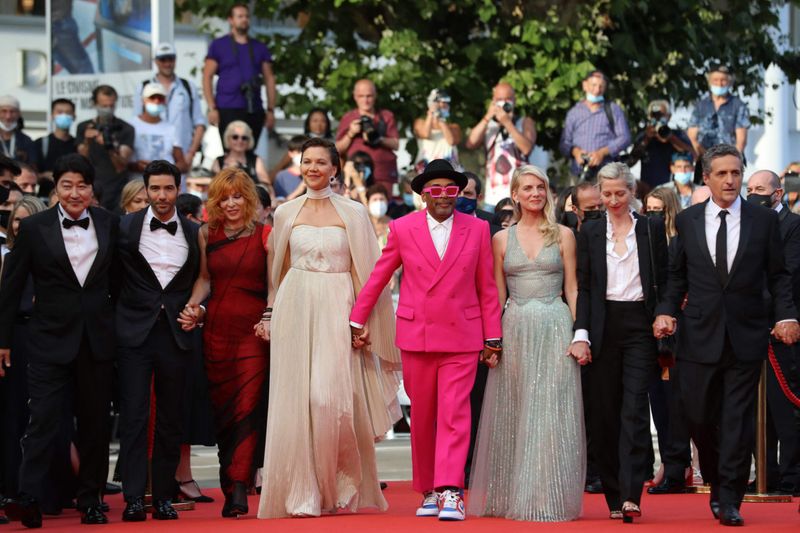 which movies from mena region made into cannes film festival 2022

Which movies from MENA region made into Cannes Film Festival 2022

Last two years were a difficult time for prestigious film festival Cannes. In 2020 it was cancelled whereas 2021 the cinematic gathering was shifted to July. But this year Cannes Film Festival is back to its original time frame of May. As the red carpet will be shining with big names as they arrive at the festival, many movies from MENA region will be showcased at the festival.

Tarik Saleh, the Sweden born director has again with this movie went to roots of his Egyptian father. The film stars Fares Fares, a prominent Lebanese actor.

Story is of Adam who is offered to study in Cairo. But when Grand Imam dies suddenly, Adam is stuck amid power struggle between Egypt’s political and religious elite.

After having directed episodes of famous series Westworld, Saleh is returning to film direction with the ‘Boy From Heaven’. His first time competing in the Cannes, the movie is projected to be a highlight.

The movie is directed by Iranian – Danish filmmaker Ali Abbasi and revolves around a journalist who goes deep into the underworld of holy city of Iran, Mashhaad. She investigates a “Spider Killer” who is killing sex workers with belief of cleaning the streets of these sinners.

“UNDER THE FIG TREES”

The Tunisian – French director has made the film that marks her first fiction work. The story is of a teenagers group who work as fig pickers over one summer. The movie has been shot in beautiful village of Tunisia, Kersa that is noted for its figs.

This is first feature film of Cherri who is acclaimed for his work in sculptures, prints and videos that have been exhibited all across the world. The Dam movie is set in Sudan with the central character working in traditional brickyard close to Nile. But he secretly disappears every evening in desert to make a dam of mud.

This movie is set in post – revolution Tunisia. Described as “a crime film in a film noir vein which slowly edges towards sci-fi”, this movie is expected to excite the viewers.

The film is about a couple who ran a caftan shop in an old market in Morocco. But things take a turn when they hire a young apprentice.

This film has been selected for Un Certain Regard at the Cannes. The story tells of young man named Ali who is living on margins. His life turns upside down when his father dies and now he has to take care of his two younger sisters. He has to now make ends meet but he only can find illicit opportunities.

The Cannes Film Festival is running from May 17 to May 28 with its promise to showcase some great talent from across the world. With wonderful selections from MENA region, the festival will be a good watch.