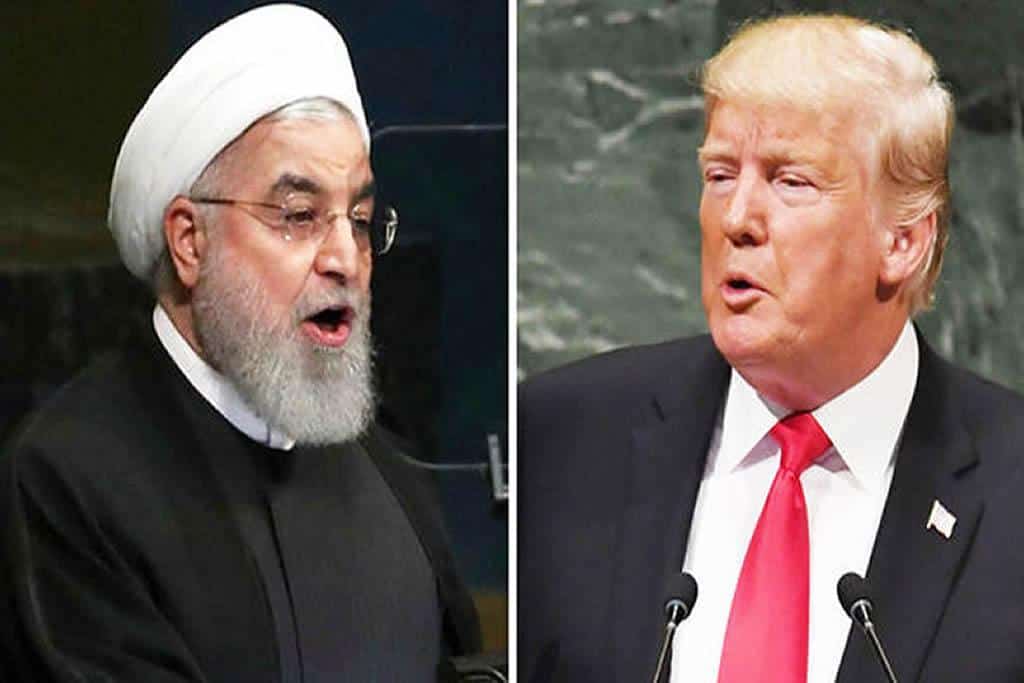 Iranian Revolutionary Guards commander Hussein Salami threatened on Thursday, of the destruction of American warships if Iranian security is threatened in the Gulf.

Salami’s threats came a day after US President Donald Trump warned Tehran against the “harassment” of American ships and that he had ordered the navy to shoot any Iranian ships harassing them at sea, but he later said he did not change the rules of military engagements.

Earlier this month, the US military said that 11 Iranian Revolutionary Guard boats were dangerously close to US Navy and Coast Guard ships in the Gulf, describing the incident as “dangerous and provocative.”

On Thursday, the Iranian Foreign Ministry summoned the Swiss ambassador to Tehran, who takes care of US interests in the country, because of the recent tensions between Tehran and Washington.

“I tell the Americans that we are totally and very seriously determined to defend our national security, maritime borders, and the safety of our ships and security forces and we will respond decisively to any sabotage action,” he said. “The Americans have tested our strength in the past and they must learn from that.”

Tensions between Iran and the United States have escalated again since 2018 when Trump withdrew from the 2015 nuclear agreement between Tehran and six world powers and reimposed sanctions on the Islamic Republic.

Iranian Foreign Minister Mohammad Javad Zarif said that Trump should focus on protecting American soldiers from the outbreak of the new Corona virus.

Religious rulers in Iran consider the US military presence in the Middle East a threat to the security of the Islamic Republic.

In a move that fueled tensions over Iran’s nuclear and missile programs, the Revolutionary Guards said on Wednesday that it had successfully launched the country’s first military satellite into orbit. The announcement sparked protests from Washington.

The US military said long-range ballistic missile technologies used to put satellites into orbit could allow Iran to launch missiles with a longer range and possibly nuclear warheads at some point.

Tehran denies US assurances that such activities are a cover to the development of ballistic missiles and says it has never sought to develop nuclear weapons.

On Wednesday, US Secretary of State Mike Pompeo considered that Iran had violated UN Security Council resolutions by launching a military satellite and promised that this step would have repercussions.

“The Iranians have always affirmed that these satellite programs are completely separate from any military aspect and are purely commercial programs,” he told a news conference.

On Thursday, Iran called on the international community to hold the United States responsible for the sanctions, which Iran described as “brutality” imposed on them, as it is among the countries most affected by the emerging coronavirus and is experiencing difficulties in stopping its spread.

Tehran accuses Washington of exacerbating the country’s health crisis as a result of re-imposing sanctions in 2018. following its unilateral withdrawal from the international agreement on Iran’s nuclear program.

On Thursday, the Iranian Ministry of Health announced that it recorded 90 additional deaths with Covid-19, raising the total to 5481 deaths.

“Today, the Corona virus has spread not only in Iran, but in almost all countries and facing it requires collective action,” Iranian Deputy Foreign Minister Abbas Araghchi said in a statement.

“In addition to fighting the virus, Iran is facing illegal and inhuman American sanctions, which have increased pressure on the Iranian people,” in the midst of a new escalation of tensions between the two countries as a result of a serious incident in the Gulf waters last week.

“The Iranian people have the right to access their financial resources to fight the disease and face its economic consequences,” Araghchi added.

In theory, sanctions are not supposed to include health materials (especially medicines and medical equipment), but in practice international banks prefer to reject transfers that include Iran, whatever the goods, for fear of being subjected to US punitive measures.