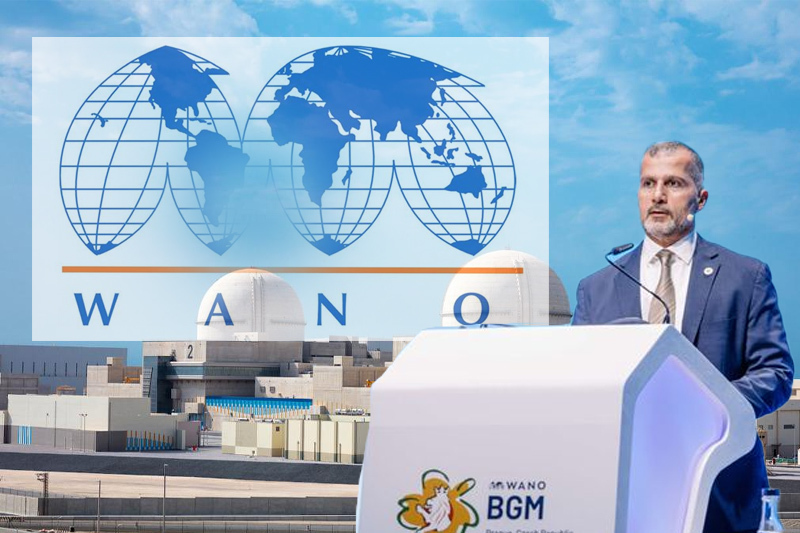 The Managing Director and Chief Executive Officer of Emirates Nuclear Energy Corporation (ENEC), Mohamed Ibrahim Al Hammadi, has been appointed as the new President of the World Association of Nuclear Operators (WANO). With this Mohamed Al Hammadi has become the first Emirati and first Arab to be voted as President of WANO by the members during the WANO Biennial General Meeting (BGM) in Prague, Czech Republic. The appointment of an Emirati President highlights the position of UAE viewed globally as a role model in developing a peaceful nuclear energy program that follows adheres by the highest standards of safety, quality and transparency.

In his new role, Mohamed Al Hammadi will be leading WANO, featuring three members from each regional center, and enable promotion of direct engagement of members at a high level towards successfully implementing WANO’s mission. In October 2010, ENEC joined WANO and it was in August 2015 that Al Hammadi was elected to the WANO Atlanta Centre Governing Board.

“The UAE is a global leader in nuclear energy development, with the Barakah Plant implementing the best practice and cumulative experience of the global nuclear energy industry through working closely with WANO and its network of operating countries. It is an honor to be appointed President of WANO, and yet another example of the international community’s confidence in the UAE Peaceful Nuclear Energy Program. Since its inception, the UAE Program has been supported by an extensive network of international organizations and collaborated with some of the world’s most renowned experts in nuclear energy. I look forward to promoting WANO internationally and identifying further opportunities for collaboration with other key nuclear organizations, as well as to support the development of advanced nuclear technologies, such as SMRs, to ensure we stay ahead of the curve in supporting members,” said Mohammed Al Hammadi on his election.

UAE’s Barakah nuclear energy plant’s both Units 1 and 2 are now generating clean electricity continuously and recently have been connected to the UAE power grid. With this, the Barakah Plant is spearheading the decarbonization of the UAE’s power sector and forms an essential component of the UAE’s Net Zero 2050 Strategy, as mentioned by state news agency WAM. For UAE, the nuclear energy sector is a critical part of its clean and sustainable energy system, ensuring the reliability, efficiency and resilience of the UAE grid for at least the following 60 glorious years.