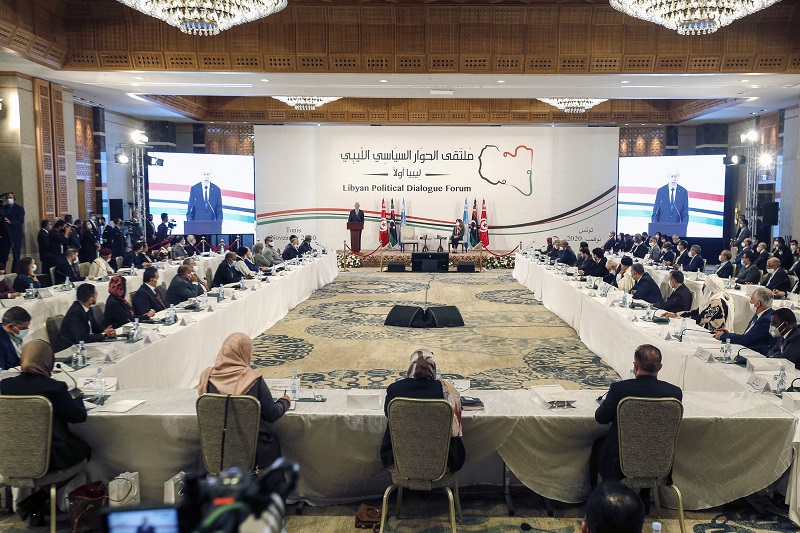 On Sunday, the rival officials of Libya resumed talks in Cairo, the Egyptian capital under efforts by the United Nations. The talks are aimed to bring some agreement over constitutional amendments to hold the elections in Libya amid political deadlock.

Abdullah Bliheg, the spokesman of parliament said, “Twelve lawmakers from Libya’s east-based parliament and 11 from the High Council of State, an advisory body from western Libya, were attending the Cairo-hosted talks.”

The first round of talks that were held last month in Cairo failed to reach a consensus or breakthrough over election’s legal basis dispute. This was a major reason behind failed elections in Libya that were planned for December last year.

Stephanie Williams, the UN special advisor to Libya, has stressed that the new round of talks in Egypt are aimed to address the “core challenges” in country’s elections, including political framework, eligibility criteria and an election timeline. “This session constitutes your last chance to provide a credible response to the expectations of the Libyan people and make concrete progress on these issues,” she said.

The failure to hold Libyan elections in December was a big blow to international efforts to establish a political calm in the country, specially led by United Nations. The decade long political chaos in Libya has now transcended into a new political impasse wherein rival governments are each claiming their power.

The oil rich North African country has been struggling under internal conflicts and chaos since 2011, after NATO backed uprising led to toppling and killing of long time dictator Moammar Gaddafi. The rival administrations in east and west Libya have since then been trying to take over power, while each being supported by militias and foreign governments.