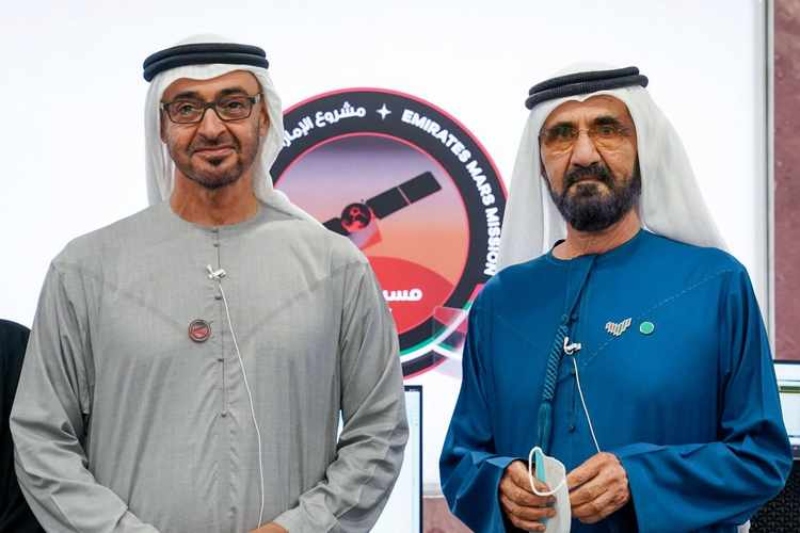 During past five decades, the country and its leadership have worked towards achieving new developments while embracing change and working with confidence adopting new technologies, with the prime aim of betterment of its community. The UAE has managed to prove its leadership in the world in every arena while ensuring to use its resources for the global population through its widespread humanitarian aid.

Every year summer, the UAE Government announces plans for the following 12 months. This year marking the significant milestone of 50 years since the foundation of the great country, the upcoming 50 projects announcement was tweeted his Highness Sheikh Mohammed bin Rashid Al Maktoum, Vice President and Prime Minister of the UAE and Ruler of Dubai. “We will start the new season of government work in the UAE this year in a different way. After consulting with my brother Mohammed bin Zayed, we will announce 50 national projects during September,” Sheikh Mohammed tweeted.

In a Sunday event, the first of 50 new projects were unveiled in Dubai aimed at boosting UAE’s economic development. The event was held at Jumeirah Emirates Towers and was attended by senior officials and ministers of Cabinets.

The Government of UAE has set out a series of principles of which the national projects are based. These are:

2. The main focus through these projects would be to build UAE as the world’s leading and most dynamic economy

6. Tolerance and Openness to remain the foundation of UAE’s values

Announcement of first of the 50 projects

The first of 50 projects were talked about by various cabinet ministers during the event including Mohammad Al Gergawi, Minister of Cabinet Affairs, Dr. Sultan Al Jaber, Minister of Industry and Advanced Technology, and Abdulla bin Touq, Minister of Economy.

Dr Al Jaber noted that this initiative marks a “new era of prosperity and development” in the UAE. He said $1.36bn from the Emirates Development Bank will be assigned to back projects by UAE nationals in critical sectors.

Sarah Al Amiri, Minister of State for Advanced Technology and Chairwoman of the UAE Space Agency highlighted about preparing the country for the Fourth Industrial Revolution.

Highly flexible “green visas” would be created, announced Dr Al Zeyoudi. These would permit parents to sponsor male children up till age of 25 years, as opposed to the current 18 years. If the visa gets canceled, the applicant will have a grace period of 90-180 days. This too has been increased from the current 30 days period.

These steps are helpful to allow people to sort their residency status and also find a job or sponsor. These special visas would be granted to high achievers, investors, business people and people with sought-after skills.

Mr Al Olama said 100,000 global visas will be granted to programmers and coders in the country. This is the first step towards attracting thousands of skilled professionals in computer coding. This is towards bringing a broad digital push in skills in the country.

His Highness Sheikh Mohamed bin Zayed Al Nahyan, Crown Prince of Abu Dhabi and Deputy Supreme Commander of the UAE Armed Forces, tweeted that the new projects will be “extending our development journey for generations to come,” adding that “the people of the UAE are encouraged to take part, harnessing their knowledge, creativity and resourcefulness so our nation can seize the opportunities of the future.”