Home » Trump and Melania positive for coronavirus, now the election campaign is at risk
By    Staff Writer      October 2, 2020 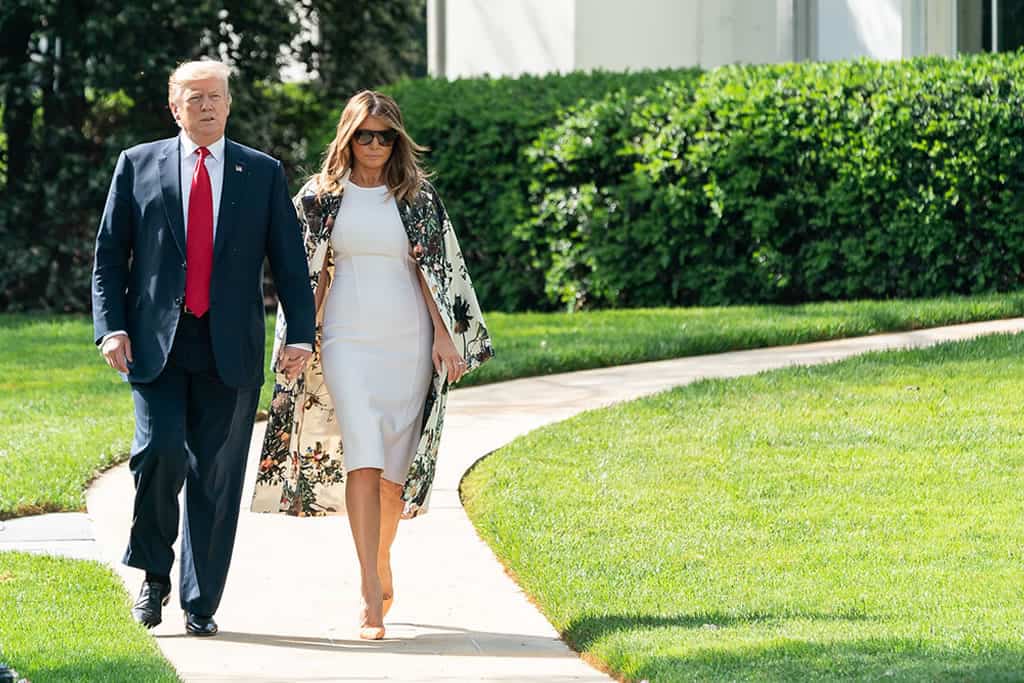 Trump and Melania positive for coronavirus, now the election campaign is at risk

Coronavirus also flies on board of the Air Force1. It infected the president of the United States, Donald Trump, and First Lady Melania. That was announced on Twitter by the head of the White House himself. “The First Lady and I tested positive for Covid-19. We will begin our quarantine and recovery process immediately. We will get through this TOGETHER!”. The president’s doctor confirmed the news of Donald and Melania’s positivity, stating that they are fine. Donald will continue to carry out his duties “without any interruption,” he added. But the White House announced that the president canceled the trip to Florida scheduled for today as part of his electoral campaign.

A few hours before the test result, Trump also confirmed that Hope Hicks, one of Donald Trump’s most trusted advisors, tested positive on Thursday. A news that worried a lot, because both Tuesday and Wednesday, he had flown alongside the president – without a mask – accompanying him first to Cleveland to participate at the first televised debate of this 2020 campaign. Then to Duluth, Minnesota, where Trump had held one outdoors. The discovery of positivity took place on Thursday evening: an anonymous source first revealed it to a Bloomberg reporter.

Then it was confirmed by Trump, announcing on Twitter that he had done the test, together with Melania, and that he had quarantined himself: “Hope Hicks, who worked very hard without ever taking a break, is also positive for COVID. One terrible news. The First Lady and I are waiting for the test results. In the meantime, we begin the quarantine process.” Soon after came the most feared result: the presidential couple is positive. In his eighth decade of life, Trump belongs to the age group deemed most vulnerable to the virus. Eight out of 10 deaths in the United States were among those over 65 and older.

Trump has always opposed allowing details of his health to go public, raising doubts about his general condition. In November, he made an unannounced trip to Walter Reed National Military Medical Center, which prompted several speculations that he had an illness. But the White House insisted that he just underwent routine testing.

Hicks, a 31-year-old former model, was the White House chief of communications. Except leaving the scene in 2018 after admitting lying to intelligence to protect the president. Very faithful of the first hour, a close friend of the “First Daughter” Ivanka, in the past, she had dealt with the public relations of the Trump Organization, and in 2016, she had been the spokesperson for the first presidential campaign and then director of strategic communications. For some months, Trump had called her back to his side, precisely to help out in the new campaign. And she was always by his side last week.