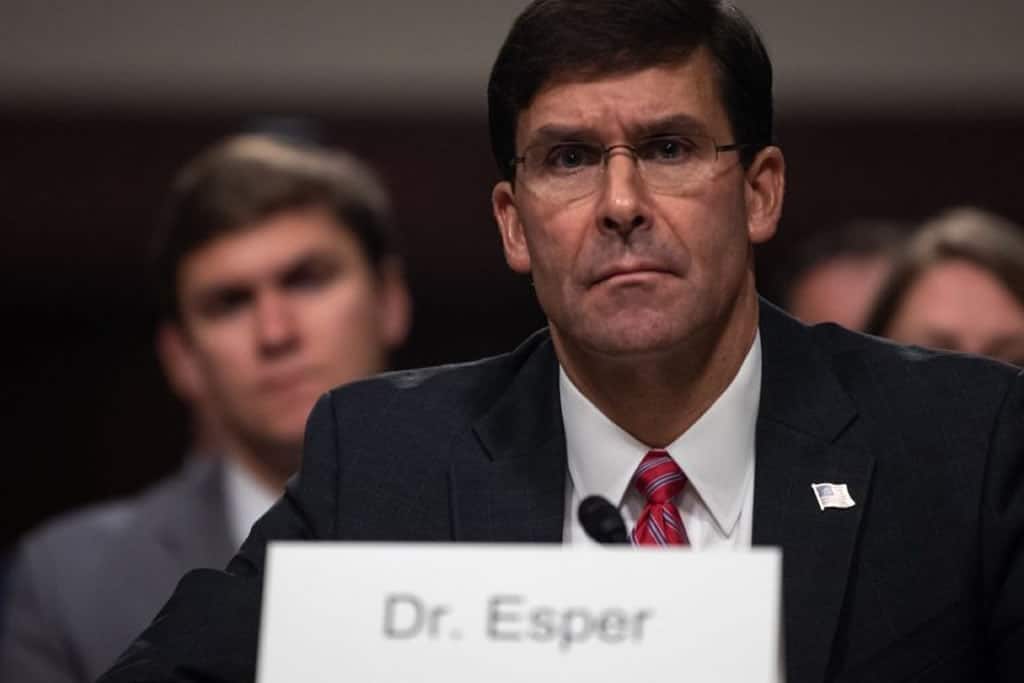 US Defence Secretary Mark Esper is visiting Maghreb countries this week with the aim to bolster military and security cooperation with the leaders of the North African nations. According to US defence officials, Esper is also seeking to push back activities of Russia and China in the region through his tour.

“The focus of the trip is to strengthen our current alliances and partnerships in the region, as well as reaffirm the enduring U.S. military commitment to the African continent,” a senior DOD official said, as per the official statement.

On Wednesday, Esper arrived in Tunisia as the first stop of his regional tour where he met top officials of the country including President Kais Saied. During the meeting, US Defence Secretary signed a 10-year military cooperation deal with Tunisian President and hailed the US-Tunisia cooperation over the conflict in Libya.

After Washington designated Tunisia as “a major-non NATO ally of the United States” in 2015, the two countries have been working on counterterrorism efforts aimed at ISIS-linked groups.

Esper also laid a wreath and delivered a speech at North Africa American Cemetery in Carthage in honour of the US soldiers who died in the North African campaign during the World War II. In his speech, Esper attacked China and Russia, accusing them of continuing “to intimidate and coerce their neighbours” with “malign and predatory behaviour” aimed at “undermining African institutions.”

On Thursday, Mark Esper is scheduled to visit Algeria for the next leg of his tour. According to media reports, he will be the first Pentagon chief to visit Algeria in 15 years. In Algeria, he will be holding talks with President AbdelmadjidTebboune, who serves as the Minister of Defence and Commander of the Armed Forces of the country.

As per official reports, the Pentagon chief will end his regional tour with a visit to Morocco’s capital Rabat on Friday.

With this three-day tour, Esper is seeking to boost US cooperation with the three North African nations, along with facilitating peace and regional stability and counter terror threats across various parts of the region. Western Africa’s Sahel has been under terror threat amid the ongoing jihadist in-fighting in the region. Islamic State group (IS) have been engaged in fierce clashes with al-Qaeda militants in parts of Burkina Faso and Mali.

Earlier on Tuesday, the Defence Secretary visited the island republic of Malta and held talk with the country’s Prime Minister Robert Abela and President George Vella.

Coronavirus, is Pakistan doing better than India in managing the pandemic?
Trump and Melania positive for coronavirus, now the election campaign is at risk
Subscribe
Login
0 Comments
Inline Feedbacks
View all comments