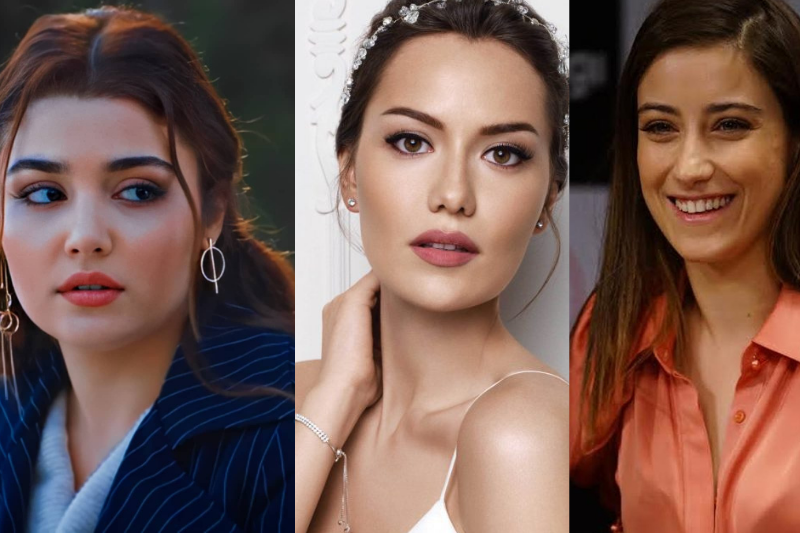 top 10 most beautiful turkish actresses you need to know about

Top 10 Most Beautiful Turkish Actresses You Need To Know About

Hande Erçel is one of the most beautiful women in Turkey. She is a Turkish actress and model known for her beauty and acting. She is also popular in the Middle East, European nations, and Asian countries. Her show, Aşk Laftan Anlamaz, made her extremely popular in South Asia.

She has beautiful skin, hair, and eyes. She drinks plenty of water and exercises a lot to look beautiful. She is also the most followed Turkish citizen. She has also been ranked 42nd in the World’s 100 Most Beautiful Faced Women list.

Hazal Kaya is a talented and beautiful actress in Turkey. She has fair skin and beautiful eyes. She looks like a barbie doll at times. She is best known for playing the role of Feriha Sarrafoglu in the television series “Adını Feriha Koydum” and Filiz in “Bizim Hikaye”.

She is also one of Turkey’s highest-paid actresses. Her show “Adını Feriha Koydum” is very popular in India. She also has a huge fan following in India.

Özge Yağız has the most beautiful and innocent face. She has also been ranked 46th in the World’s 100 Most Beautiful Faced Women list. She made her leading role debut in the series Yemin. She also has a huge popularity in India.

Demet Özdemir is a popular Turkish actress. She has a beautiful smile and face structure. Her dressing sense is also loved by fans. She is best known for her lead as “Sanem Aydin” in the TV series Erkenci Kuş. This show is dubbed in Spanish, Italian, French, German, Chinese, Hindi, Bengali, Telugu, Tamil, and Odia languages. This show made her popular in Asian countries.

Ayça Ayşin Turan is known for her beautiful blue eyes. She became famous after lead role in Hakan: Muhafız as Leyla. Hakan: Muhafız is the first Turkish Netflix original. The show was also released in many Asian countries.

Elçin Sangu has beautiful fair skin and gorgeous green eyes. She also has shiny hair, slim waistline, and gorgeous body. She is one of the highest paid Turkish actresses. She is best known for her leading role in the series Kiralık Aşk.

Melisa Aslı Pamuk is one of the most beautiful women in Turkey. She has a gorgeous facial structure and beautiful lips. She is the winner of the Miss Turkey contest 2011. She has appeared in the Turkish TV dramas Kırmızı Oda and Kara Sevda.

Burcu Biricik was chosen as the beauty of the Akadeniz at the Miss Mediterranean beauty pageant in Antalya, Turkey. She is a beautiful and talented Turkish actress. She has won the Mannheim Turkish Film Festival Best Actress Award.

They are the top 10 most beautiful Turkish Actresses. Apart from these celebrities, which Turkish TV actresses would you like to see on this list?