Home » European requiring Turkey to take migrants back from the Greek borders
By    AP Journalist      March 11, 2020 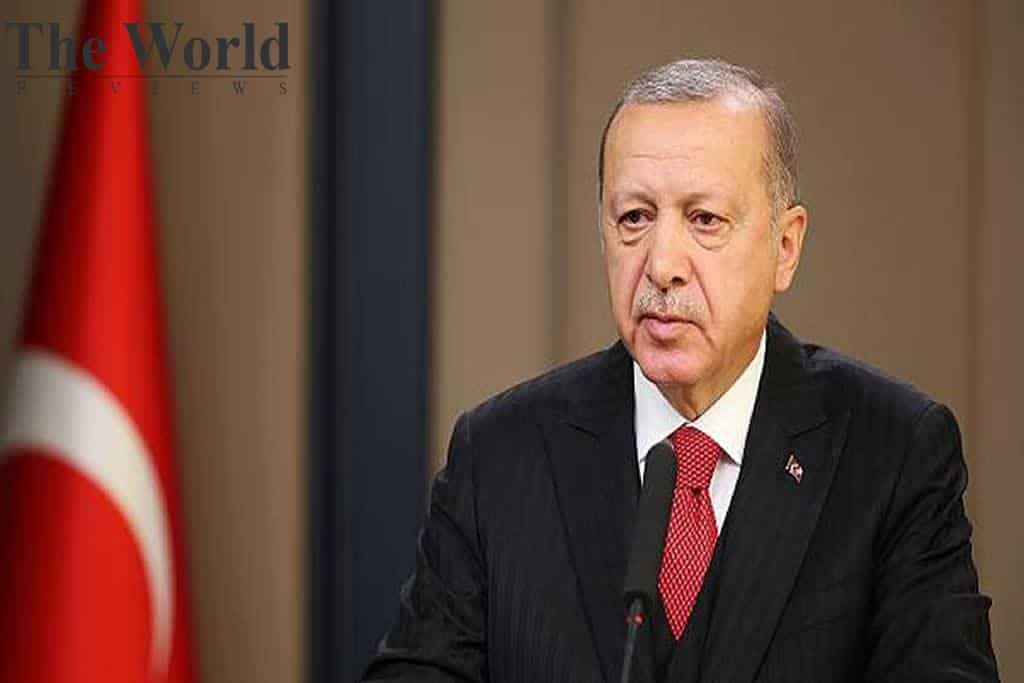 European requiring Turkey to take migrants back from the Greek borders

Turkish President Recep Tayyip Erdogan has sought greater support from Europe for the war in Syria and for hosting millions of refugees, but he has been told that he must first stop encouraging migrants to cross into Greece.

Erdogan went to Brussels for talks with the European Union and NATO after tensions worsened over the fate of tens of thousands of migrants trying to enter the European Union member Greece since Ankara said last month that it would not try from now on to keep them on its soil.

Turkey hosts about 3.6 million refugees from Syria and halted the extension of immigration to Europe under an agreement it signed with the bloc in 2016, in exchange for aid in billions of euros.

However, it was disappointed by what she considered to be European support for the war in Syria, where a confrontation is taking place between its forces and the Syrian government forces, and where they are suffering increasing losses.
Erdogan said, “The crisis stemming from Syria, with its security and humanitarian aspects, threatens our region and indeed all of Europe … No European country has the luxury of continuing to deal with indifference.”

“We expect tangible support from all our allies in the battle that Turkey is waging alone … NATO is going through a critical stage during which it must show clear support,” he added.

The European Union has nothing to offer regarding military support in Syria, in which it denounced Turkey’s involvement. The 27-nation bloc, where most of the countries are allies of Ankara in the NATO alliance, has waved the option of providing more aid, but on time and with conditions.

“The events on the Greek-Turkish border clearly indicate political pressures on the external borders of the European Union,” European Commission President Ursula von der Line said before the talks with Erdogan.

“A solution to this situation will require reducing the pressure on the borders,” she told a news conference on Monday.
At the same time, the European Union is trying to support Greece, where it says 42,000 migrants are stranded on the islands, including some 5,500 unaccompanied children.

France, Portugal, Finland, Germany, and Luxembourg have offered to receive some of them, and Berlin has said it can receive up to 1,500 minors in total. European Union immigration ministers are due to discuss the issue in Brussels on Friday.

The European Union is keen to avoid a repetition of the migrant crisis that occurred in 2015 and 2016 and witnessed the entry of more than one million refugees, most of them from the Middle East and Asia, to the European Union countries through Turkey and Greece.
The bloc’s 2016 agreement with Turkey largely cut off this flow, an agreement the European Union hopes to save, even though Turkey now fears a new wave of refugees may reach it due to the escalation of fighting in Syria.

The European Union says it has so far paid about half of the pledge, which is six billion euros, to help Turkey provide housing, schools and medical centers for refugees on its soil. The bloc waved the prospect of further aid.

The 2016 agreement also provides for the European Union to receive thousands of Syrian refugees directly from Turkey and to give Turks the right to enter the bloc without visas and to make faster progress in Turkey’s accession talks to the union.
But relations between the two sides were strained after a coup attempt in Turkey in July 2016. The European Union criticized the scope of Erdogan’s security campaign against the opposition after the failed coup and effectively froze Turkey’s bid to join its membership.

“We have clearly expressed to President Erdogan our commitment to make progress on these issues, provided the matter is mutual,” Von der Line said after about 40 minutes of talks.

NATO Secretary-General Jens Stoltenberg told in a meeting with Erdogan that the coalition has already invested more than five billion dollars in Turkey, including on military bases and radar sites.

Warrens withdrawal from Democratic race, Bidens interest, not Sanders’?
How United Kingdom learns to protects its own well in time