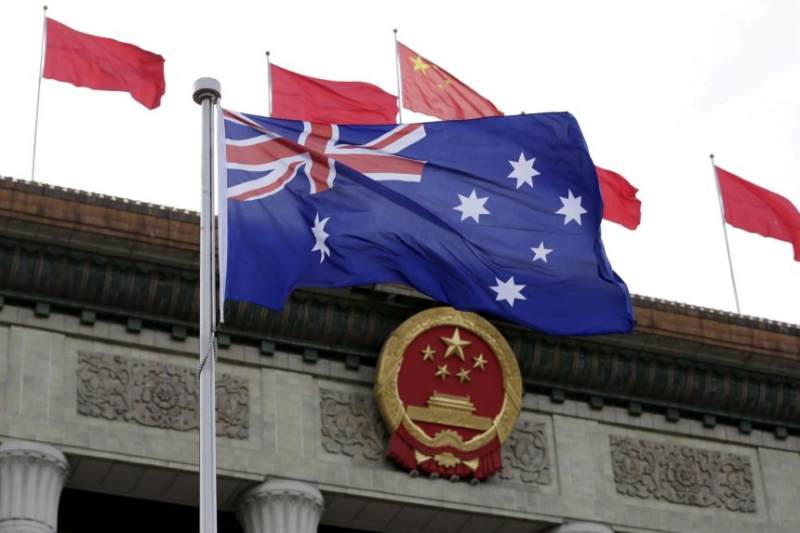 Australia-China ties to grow tense: Tensions between Australia and China are likely to grow further as Canberra passed a new law on Tuesday, which empowers Australian Prime Minister to invalidate the exiting agreements with different nations. Scott Morrison’s government introduced the new law in order to safe guard the country’s national interest and check foreign investment in specific sectors such as infrastructure, telecommunications, energy and technology.

The law is applicable on Australia’s eight states and territories, along with other bodies such as local authorities and universities. Under the new, overall 135 deals with 30 countries would be reviewed by the Morrison government.

Many observers believed that the first agreement which would be directly impacted by the new law would be China’s Belt and Road Initiative (BRI) with Australia. The agreement was signed in 2018 between Australia’s second-most populous state, Victoria and Beijing to build trade-related infrastructure.

“We didn’t agree with it in the first place, still don’t agree with it, and no doubt decisions on that will be made in due course,” Treasurer Josh Frydenberg told reporters, referring to the Victoria’s BRI deal.

A spokesperson for China’s Ministry of Foreign Affairs late Tuesday asked Australia to take “an objective and logical view on the ‘Belt and Road’ initiative and refrain from creating obstacles that prevent fnormal communication between China and Australia.”

In August, Chinese Foreign Ministry spokesman Zhao Lijian, emphasised that the BRI agreement be fitted both the nations. He said, “Australia should have an objective view of such cooperation and BRI, and not set up impediments for China-Australia cooperation.”

Bilateral ties between Canberra and Beijing have been spiralling downwards for sometime  but the latest incident took the relationship between the two to a new low. The slight Cold War between to the two began since April, when Morrison slammed China’s handling of coronavirus and supported US’ call for an independent probe into its origins. Besides, Beijing has been hitting back at Canberra with trade tariff on Australian barley and wine while completely blocking Australian coal shipments.

Even last week the two nations entered a row when Chinese diplomat shared on Twitter a fake photograph which showed an Australian soldier putting a blood dripping knife on the neck of an Afghan child. Morrison strongly condemned it as a repugnant act.

But there are ‘billions of dollars’ at stake here to get into an impulsive war of words. Australia, which is well aware of the fact that despite the diplomatic row, China is its biggest trading partner and any further escalation could impact the country’s trade. Hence, despite its fury, Canberra was still willing to let the matter be taken care of through diplomatic channels.

But the new law might pull the stakes further up and trust far low. Morrison very well knows the sensitivity of the situation, especially when his government is being questioned over the latest report by the Australian Defence Force (ADF) which claimed that “credible information” supported that 25 Australian soldiers killed about 39 Afghan civilians and prisoners between 2009 and 2013 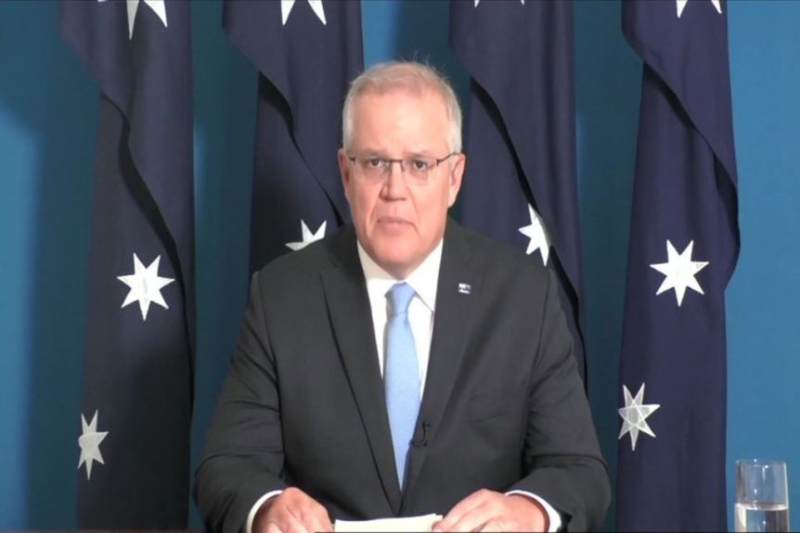 China should be utterly ashamed and apologize over the repugnant tweet, says Australian PM

Australian PM: On Monday, Australia’s PM Scott Morrison demands an apology from China over a Tweet carrying a fake photo of an Australian soldier holding the big knife over the throat of an Afghan child.

As of late, a heightening in trade pressures between Australia and China and recommends a more souring of the overall relationship. Lately, a series of Australian businesses – from meat, grain, coal, and cotton to lobster, wine, and lumber has been the objective of anti-subsidy and against anti-dumping rules or had delayed deliveries.

Morrison stated “It is completely outrageous and cannot be justified on any grounds… The Chinese regime should be ashamed of this tweet. It decreases them on the planet’s eyes,” Morrison stated in a press briefing. He said nations around the globe were observing how Beijing reacted to strains in Australia’s relationship with China.

The tweet from Zhao Lijian, a representative with China’s foreign minister, seized on a report from a four-year-long official inquiry concerning the lead of Australian Special Forces soldiers in Afghanistan. Zhao composed that he was “stunned by the homicide of Afghani people and detainees by Australian soldiers” and he called for responsibility.

The tweet was joined by an incendiary photo that seems to portray an Australian soldier slashing the throat of an Afghan kid holding a sheep, along with the caption “Don’t be afraid, we are coming to bring you peace!”

Morrison told correspondents in Canberra, “The Chinese regime should be ashamed regarding this post. It lowers them on the international eyes,” “It is a bogus picture and an awful slur on our extraordinary soldiers and the people who have served in that uniform for more than 100 years. There are without doubt pressures that exist between China and Australia, yet this isn’t how you handle them.”

Morrison also called for the resumption of dialogue between the Chinese and Australian ministers, which have been hardened this year, after Beijing condemned the Morrison regimes for an independent inquiry concerning the handling and origin of the coronavirus pandemic.

A four-year Australian Defense Force investigation beginning this month revealed evidence of 39 homicides of Afghan citizens or detainees by 25 Australian soldiers serving in Afghanistan from 2009 to 2016. The report claimed troops would compel recruits to get their first kills by executing detainees in a training known as ‘blooding’.

The Australian administration has established a special investigation over the charges stated in the report. Troops occupied with criminal indictments and being deprived of decorations.