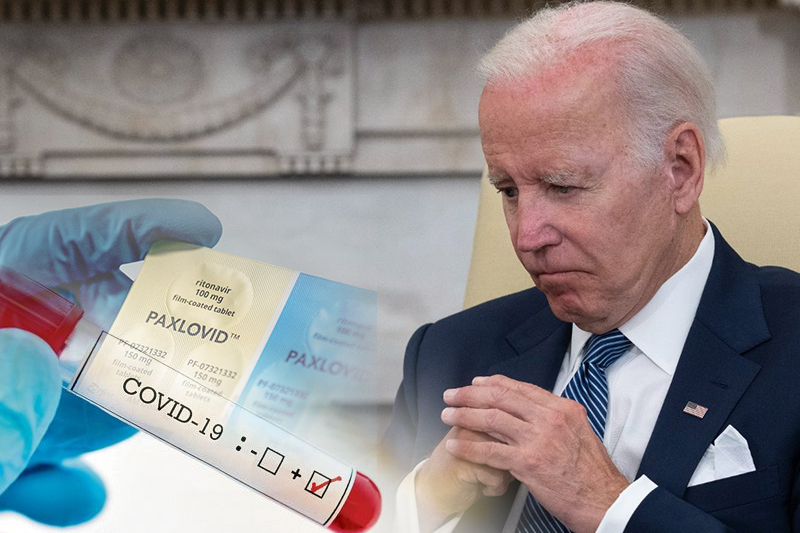 United States President Joe Biden has again tested positive for Covid-19 on Saturday, sending him back to isolation, though with mild symptoms. This is the second time that President Biden has tested positive for coronavirus infection. He had repeatedly tested negative last week for four days in a row, which is the period when he was on Paxlovid for the Covid-19 infection.

According to the White House doctor, the positive test result is a “rebound” post the Paxlovid treatment that he had received.

An update from Dr. Kevin O’Connor, Physician to the President. pic.twitter.com/40oqYOYTQN

Chief Medical Officer to the President, Dr. Anthony Fauci too had experienced the “rebound positive” report due to Paxlovid as well. According to The Atlantic, “more than a third of Americans who have tested positive for COVID-19 this summer were treated with Paxlovid, and a large number of these tested back positive soon after testing negative”.

What is Paxlovid and Paxlovid rebound?

Paxlovid is an oral antiviral drug developed by Pfizer pharma giant. According to The Atlantic, Paxlovid has been proved to reduce the risk of hospitalization and death by 89 per cent. This year in January, President Biden had called the drug “a real game changer”. The drug is made up of two protease inhibitors, including one which is used to treat HIV infection as a booster medicine.

Past few months have recorded a surge in medical practitioners in US prescribing Paxlovid as part of Covid treatment regime. Many patients have reported side effects including a bitter, metallic taste among others. Furthermore, when the course of drug was over, the patients went back testing positive for Covid-19, phenomenon came to be known as “Paxlovid rebound”. The CDC defined rebound cases as “characterized by a recurrence of covid-19 symptoms or a new positive viral test after having tested negative.”

But the prevalence of rebound is fairly low. “When you look at the studies, it generally does not occur very often,” said Dr. Anthony Fauci, director of the National Institute of Allergy and Infectious Diseases and President Joe Biden’s chief medical adviser.