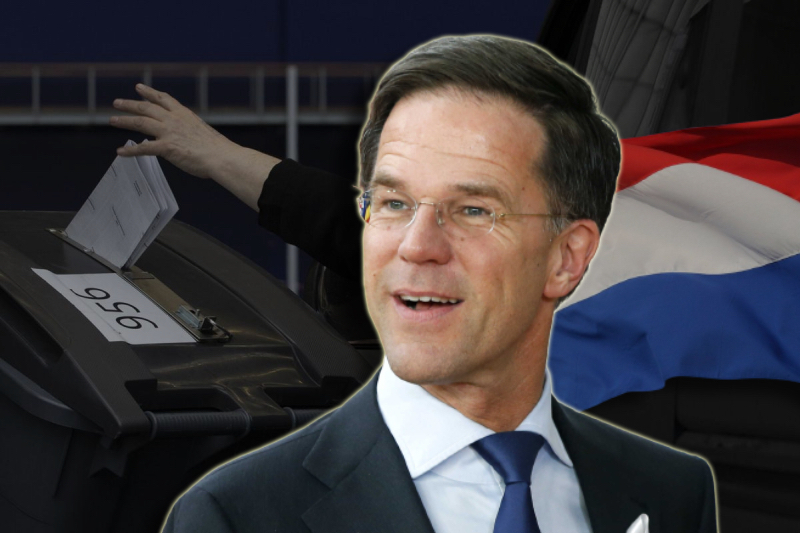 Mark Rutte won the Netherlands’ general elections for the fourth time in a row, defeating the country’s far-right bloc. The 54-year old leader, if successful in forming the new government, would become the longest-serving prime minister of the country. According to the exit poll estimates conducted by Ipsos for the country’s national broadcaster NOS, Rutte’s People’s Party for Freedom and Democracy, or VVD, won 35 out of 150 seats, upping from 33 seats, won in the last election.

In his reaction towards the poll results, he expressed gratitude towards the voters for choosing his party with “an overwhelming vote of confidence ”and called it a “humbling” experience. He committed to rebuild the country marred by the coronavirus pandemic, which killed over 16,000 people in the country. Rutte said, “It is also forcing us to do everything we can to make a success out of it.” He added, “The agenda ahead of us is enormous. In the coming weeks and months, we have to lead the Netherlands through the corona crisis.”

In his victory speech, Rutte said that “not everything has gone well in the last 10 years”, referring to his resignation tabled in January following the accusation of his involvement in child benefits scam and displaying racially biased attitude.  He said, “But of course the main issue also on the table for the next years is how to rebuild the country going forward after coronavirus.” He added: “I have the energy for another 10 years.”

Sophie Hermans, VVD’s vice-chair said: “The Netherlands has expressed confidence in the VVD, in Rutte in this unprecedented crisis.We succeeded, for the fourth time in a row. I’m very proud.” With regard to Rutte’s plans to form a coalition government, he said that his first option was the centrist D66 party, which was also part of his last coalition government. Many analysts predicted that it would be continuation of the last government combination only. Over the party’s estimated win of 27 seats, the party’s leader Sigrid Kaag tweeted that the election outcome was “a great responsibility”, along with a picture of herself dancing on a table in celebration.