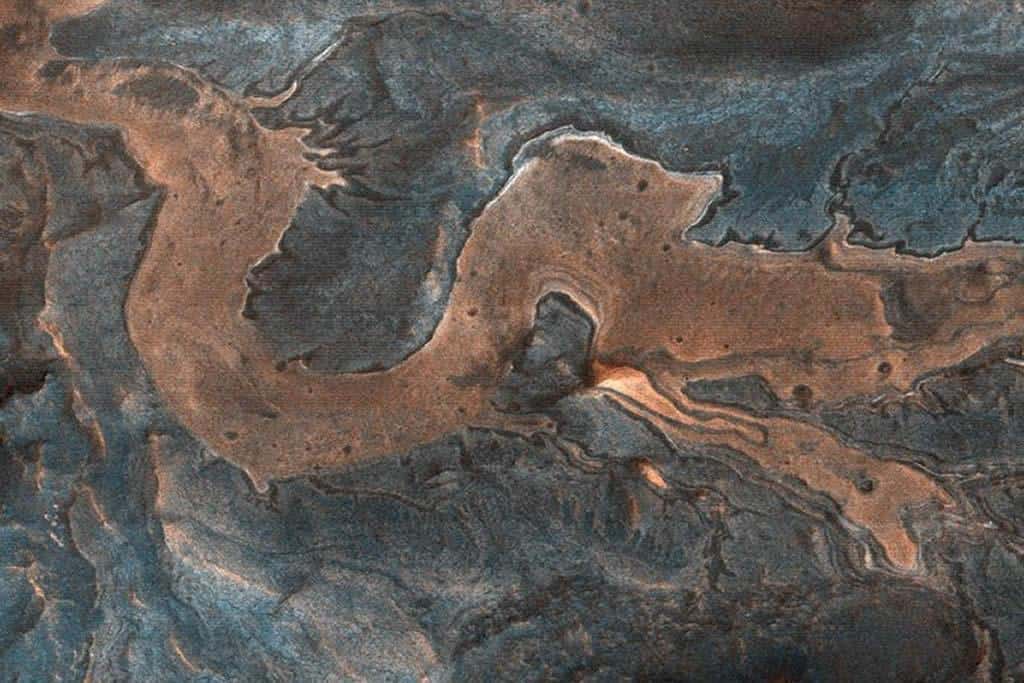 There are those who have to stay at home having fun with modelling, practicing hobbies and those who fly drones, but there are also those – always from home – are piloting something more difficult like a rover costing millions of dollars on another planet. This is what they are doing at NASA, or rather in the homes of the Curiosity team members.

NASA team took Twitter to said that, despite the forced work from home, the rover’s mission to Mars does not stop and all management is carried out by the team’s homes. NASA also published a suggestive photo of the red planet. “We created this image of clear things in the southwest of Mars, because from this point of view it resembles a mythical Chinese dragon”. HiRISE (High Resolution Imaging Science Experiment) confirmed. The big and powerful HIRISE camera takes pictures that cover vast areas of Martian terrain while being able to see features as small as a kitchen table.

The spectacular view was first seen by scientists in 2007, but the outline of the dragon’s shape was not immediately clear until the image was rotated, revealing Melas Chasma, the orange section of the shot. An article from the University of Arizona explains: “Along the Melas Chasma floor there are unusual mass deposits made up of light-coloured masses in a darker matrix. The high resolution of HiRISE reveals layers of a few meters thick, in some light-coloured blocks”.

Melas Chasma is one of the main valleys that make up the Valles Mariners system, on Mars. It extends mainly east-west, running parallel to the Candor and the Ophir Chasma, both located further north, east of Ius Chasma. Its bed is rich (70%) in relatively young material, probably volcanic ash shaped by the wind; there is also material due to the erosion of the walls. At the center of the canyon there is a mountainous ridge of modest size that divides the valley in two.

It is the deepest area of all the Valles Marineris, with a minimum altitude of -11 km above the surrounding ground level; from here several channels lead to the northern plains. On the bed of the minor canyons that separate Candor Chasma from Melas Chasma there are alluvial deposits, or in any case materials precipitated on the bottom of the valleys following the withdrawal of the ice within which they were dissolved. There are also rocks of volcanic origin strongly eroded by atmospheric agents.

According to NASA website, HiRISE has photographed hundreds of targeted swaths of Mars’ surface in unprecedented detail. The camera operates in visible wavelengths, the same as human eyes, but with a telescopic lens that produces images at resolutions never before seen in planetary exploration missions. These high-resolution images enable scientists to distinguish 1-meter-size, about 3-foot-size, objects on Mars and to study the morphology in a much more comprehensive manner than ever before.

Coronavirus pandemic : Macron hopes for Putins support for a global truce
Luminous phenomena in the sky, while the world fights COVID-19