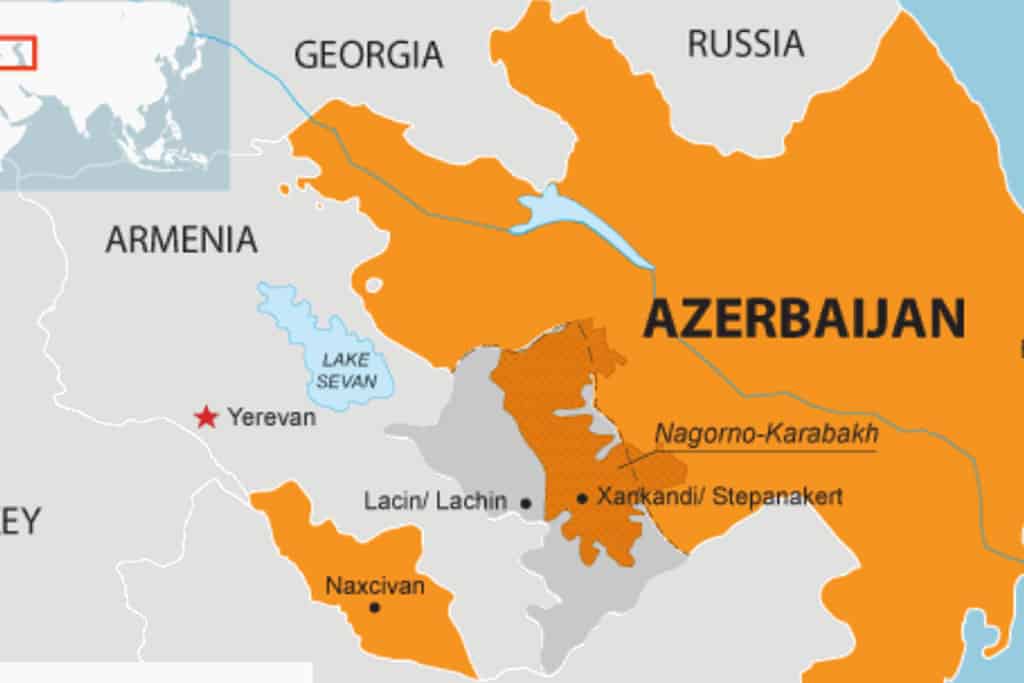 After Russia’s two consecutive attempts towards cease-fire between Armenia and Azerbaijan failed in couple of hours, United States opted to step in to try for a peaceful resolution between the two. On Friday, the US Secretary of State, Mike Pompeo met the foreign ministers from both the warring countries separately in Washington as the two ruled out the possibility of three-way meeting between them. Hence, Pompeo met Azerbaijani Foreign Minister Jeyhun Bayramov and Armenian Foreign Minister Zohrab Mnatsakanyan separately with the gap of an hour.

The decades long conflict between the two former Soviet republics transformed into a full blown war on September 27, to claim the contested region of Nagorno-Karabakh, which is believed to be part of Azerbaijan but holds 90 percent of ethnic Armenian population. It is said to be the worst outbreak of hostilities between the two nations in the last twenty five years of the conflict.

Despite the ministerial level talks between Armenia, Azerbaijan and US, no comments have been shared by any of the nations and the war continues. Both the sides accused each other of relentless shelling, bombing, ravaging their respective towns and villages and killings hundreds of soldiers and civilians. Officials of Nagorno-Karabakh reported that Azerbaijan hit Martakert and several villages in the Martuni region with warplanes and missiles. Though Azeri officials denied the accusation and blamed Armenian forces of targeting Terter, Agdam and Agjabedi regions of Azerbaijan.

AP reported that the death toll of the ongoing war so far has been 927 troop, 30 civilian casualties on Armenian side, while Azerbaijan did not share its military losses and disclosed only death of 63 civilians. On Thursday, Russian President Vladimir Putin said that as per Moscow’s information the combined death count from four weeks of violent strikes between the two was close to 5,000, which was a significantly high number.

Although Washington’s official stand on the issue remains neutral, but Pompeo considered Armenia’s actions as defensive, and opposed Azerbaijan’s offensive strike, backed by longtime ally, Turkey. US strongly condemned Ankara’s intervention in the conflict as the latter openly committed to support Azeri “on the battlefield or the negotiating table”. Turkey has been aiding its ally with military training, strike drones and long-range rocket systems along with Syrian mercenaries. Though Turkish officials denied sending Syrian fighters to Nagorno-Karabakh but a Syrian war monitor and Syria-based opposition activists confirmed that Recep Erdogan facilitated the supply of hundreds of Syrian opposition fighters to lead the fight in support of Azerbaijan.