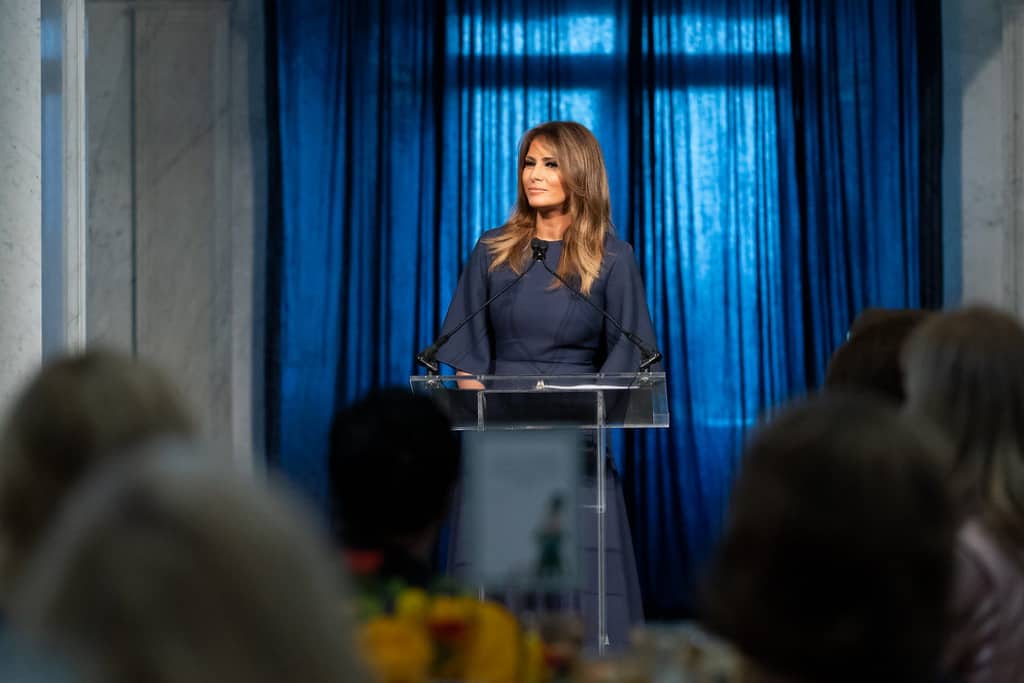 The US first lady, Melania Trump, chooses the calm tones of empathy and solidarity in her speech at the Republican convention. Speaking from the Rose Garden of the White House, in front of about 70 people sitting without a mask, she closes the second evening with a soothing speech, in which she defends her husband, Donald Trump.

“He loves this country and knows how to do things. He is not a traditional politician, but America is in his heart,” she said. Mike Pompeo’s message also arrived yesterday, recorded in Jerusalem, in which he praises President Trump’s foreign policy and his fight against terrorism. Media criticized his speech even before it was made public, no secretary of state, before him, had broken the custom that wants diplomacy separate from politics.

The speech of Melania Trump was very far from the emphatic tones of the speakers who preceded her. She immediately makes it clear that she didn’t want to use that precious time to attack the other party because, “as we saw last week, that kind of discourse serves only to further divide the country.”  The first lady is the only one commentator to address a thought to the victims of the COVID-19, those who have lost a loved one or still suffering from the disease.

“I want you to know that you are not alone: my husband and his administration will not stop until there is a vaccine available for everyone,” she stated. Melania also stressed that her husband is doing everything he can to help those affected. A vote for him, she says, is a vote for American values. It would be “an honor” to serve the country for another four years: “My husband has the energy and enthusiasm to lead this nation.”

Just fifty years old, Melania Trump is the third wife of the president: she comes from Slovenia, and she remembered in the course of the speech the moment in which she obtained American citizenship “with pride” as one of the “most important” of her life. According to what her staff said, Melania and her spokesperson, Stephanie Grisham, have written the address.”Every word is hers,” added the spokesperson, noting the distance from her speech four years ago accused of plagiarism. She showed up in a military green suit and spoke for about 30 minutes. She remembered the humanitarian missions, trips to Africa to hear the “tragedy of slave travel,” the commitment to children.

Then she spoke about several problems in the country, such as addiction to drugs and medications. Finally, she shares a “reflection on racial unrest,” just in the hours in which people are protesting in the street after the Jacob Blake case, the 29-year-old African American hit in the back by the blows of the Wisconsin police and now paralyzed. “Stop the violence, no more vandalism in the name of justice,” the first lady said, defining racism “a harsh reality that we are not proud to bring into our history.”

Why Is Europe so sure about sending Children to School?
No reforms yet, Lebanon still in political limbo
Subscribe
Login
0 Comments
Inline Feedbacks
View all comments