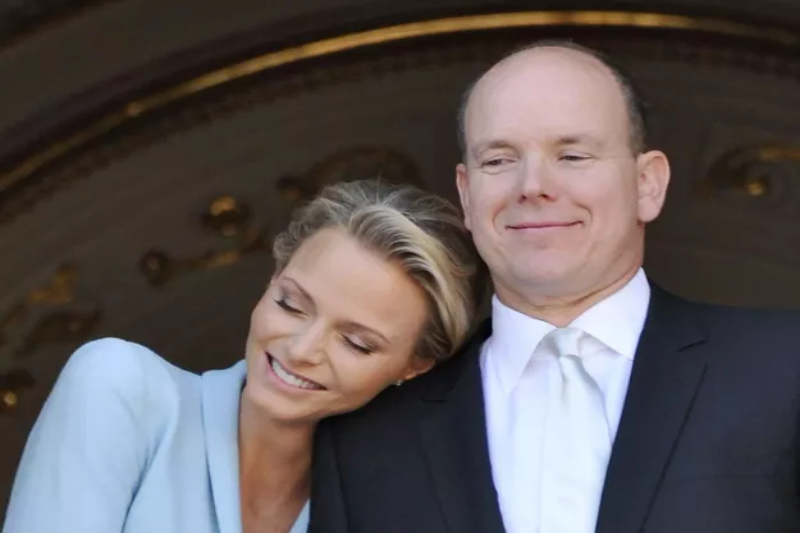 L’affaire Charlène: Prince Albert’s wife has been in South Africa for months

Princess Charlène has not been in Monte Carlo for months. She has been stuck in South Africa, her homeland, officially for health reasons. Still, rumors of a breakup between the former swimming champion and Prince Albert – who keeps their two children with him – are growing insistent. “L’affaire Charlène” headlines Paris Match on the cover, relaunching the hypothesis of a possible divorce, already given for sure by a German tabloid.

Charlène Lynette Wittstock, 43, flew to Sudadrica last March to attend the funeral of the king of the Zulu. She hasn’t returned since. Her collaborators have issued a statement that they claim that the princess has contracted an ear infection that prevents her from taking the plane. As a result, she was absent from the Formula One Grand Prix. She didn’t even see her on 2 July, for her ten-year wedding with Albert of Monaco. “That is the first time. I’m sad,” said the princess from South Africa, but not giving a possible return date. She would be expecting a new ear surgery.

The princess took refuge in a nature reserve three hundred kilometers from Durban. “She deals with rhinos; her new passion,” writes Paris Match, which publishes photographs of Charlène in a video call with her twin children, Jacques and Gabriella, born in 2014. “Her gaze was already sad, now it seems lost,” notes Stéphane Bern, a journalist who knows all the secrets of royal families. The feeling is that the most famous French magazine is preparing opinions for an imminent divorce announcement.

The publication on social media of some romantic videos of the royal couple and a few tender words of Charlène for the distant consort is not enough to sweep away the doubts. From the Palace comments on the psychological “fragility” of the South African princess who never really got into the role, she hasn’t even learned French. Before leaving, she had appeared in public with a semi-shaved cut that had shocked the Monegasques. Albert of Monaco remains impassive, continues to preside over all public events with the two princes.

Some fight back in the princess’s entourage, recalling how 2020 was a “difficult” year. A Brazilian woman residing in Italy launched the initiative to see an alleged illegitimate son of the sovereign recognized. A sixteen-year-old conceived when Charlène and Alberto were already married. The Monegasque prince already has two children born out of wedlock. Summer promises to be more tormented than ever in the small kingdom squeezed between France and Italy, where a sort of curse rages on the weddings of the Grimaldis, starting with the tragic incidents in which Grace Kelly, wife of Ranieri, and Stefano Casiraghi, the first husband died by Caroline of Monaco.