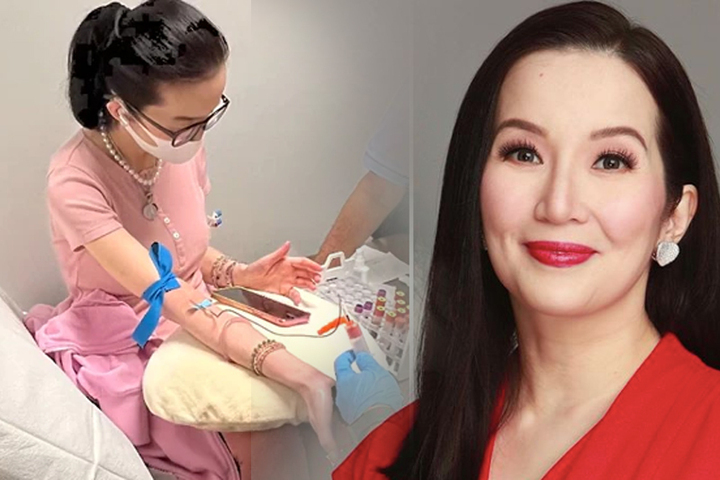 In light of the fact that Kris Aquino has been diagnosed with new autoimmune disorders in the United States, her medical team is continuing their search for “the appropriate treatment.”

At a Zoom event on August 20, held in conjunction with a New Zealand-based charity called Banyuhay Aotearoa, Kris’s eldest sister, Ballsy Aquino, provided an update on the actress’s health.

When asked about the current state of her sister’s health, Ballsy provided the following response: “Unfortunately, they’re still trying to give her the right treatment, the correct treatment.” She also later disclosed that Kris’s weight is not even 90 pounds, which was a surprise to everyone.

Because she is allergic to so many things, none of the medicines that they have tried have been effective, or perhaps some of them did work, but the adverse effects were so bothersome that they stopped taking them.

In spite of this, according to Ballsy, Kris still possesses a powerful will to battle.

Ballsy also mentioned that Kris met a new group of specialists who may be able to assist her with her problem, which has become even more complicated since Kris traveled to the United States in search of medical treatment.

“At the time of her departure, she was suffering from two autoimmune disorders. I believe there are now four of them. A lot of conditions are cropping up (madaming naglalabasan),” Ballsy said, adding that Kris needs to put on weight and get stronger for all of the treatments that her medical team wants to undertake. The tests that they do in the United States are tests that we don’t have here.

In June, Kris embarked on a journey to the United States in order to seek medical care for a rare condition known as Eosinophilic Granulomatosis with Polyangiitis (EGPA). Since she came forward in 2018 with the news that she had been diagnosed with an autoimmune condition, she has been participating in a wide range of medical examinations and therapies.