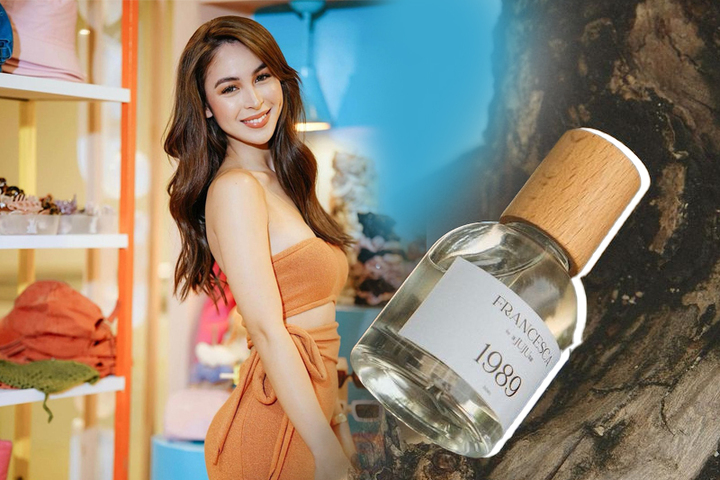 It is common knowledge that Julia Barretto has a fixation for colognes and scents. The young actress and entrepreneur provided a tour of her enormous walk-in closet in a vlog that she released to her YouTube account back in the year 2020. The tour also included a look of her exquisite perfume collection that was kept in the closet as well. She revealed that when she was a teenager, she began her love affair with perfumes and other scented products.

She explained, “I found so much delight in scents, and I adored the process of simply locating the greatest and most appropriate scents for me.” Her passion for fragrances grew to the point where she would walk out of a department shop with not one, not two, but three brand-new bottles each time she made a purchase there. But as time went on, Julia realized the importance of money, and ever since then, she has been able to rein in her impulse to make impulsive purchases.

Taking all of this into consideration, it shouldn’t come as much of a shock that Julia is now launching her own perfume line. In a recent post that she shared on Instagram, Julia gave her followers a sneak peek of her very first fragrance, which she has dubbed 1989.

A transparent bottle topped with a cork made of wood can be seen leaning against a limb of a tree in the accompanying photograph. It has a clean and simple label that is white and brown in color. The caption that she uses for this post is, “Can you smell that? Very soon indeed. @thejujuclubco”

What’s next for The Juju Club

As of the time of this writing, Julia has not provided any additional suggestions regarding the fragrance notes that are included in her very first perfume release. If we were to make an educated estimate, though, we would say that it has a musky, earthy aroma, considering that the Instagram post in question was taken in a natural setting.

In addition, Julia has not provided a specific debut date; nonetheless, we are keeping our fingers crossed that it will take place sooner rather than later.