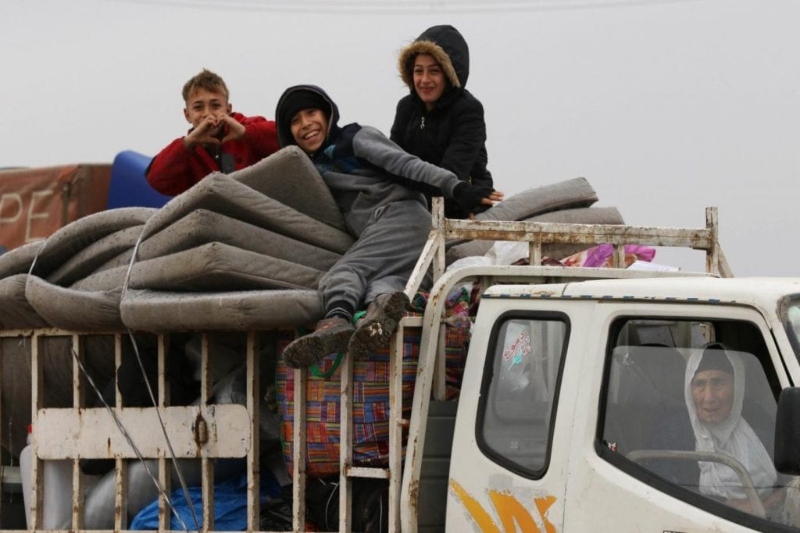 Iraq continues shutting down camps: The refugee camps are rapidly closing in Iraq and that has raised concerns that it might leave thousands of people homeless. The concerns are regarding the time of the year this step has been taken as winter season is fast approaching.

In a report by the BBC, it was revealed that several of these people were asked to leave the shelter in a very short time span leaving them with no arrangements for further stay. The information has been confirmed by the Norwegian Refugee Council.

The government said that they will have to return back to their place of origin but they have forgotten to acknowledge that their places were destroyed by the Islamic State attack. Nearly six million Iraqui nationals fled their homes.

The trouble ended three years ago but the situation has hardly improved as far as human welfare is concerned. According to the International Organization for Migration (IOM) as many as ‘1.3 million people remain displaced, while more than half of the 4.7 million returnees have gone back to areas where living conditions are “severe”.’

In 2019, there were reports that Bhagdad has forced a lot of these camps to close down, putting great pressure on people living there. This year, with the coronavirus pandemic in place, the shifting slowed down giving a little more time to the people but the central power is adamant on closing down these camps neglecting the danger that the people might have to go through.

“Closing camps before residents are willing or able to return to their homes does little to end the displacement crisis. On the contrary, it keeps scores of displaced Iraqis trapped in this vicious cycle of displacement, leaving them more vulnerable than ever, especially in the middle of a raging pandemic,” NRC Secretary General Jan Egeland warned.

There are several families living in these camps be it Baghdad, or Karbala, Diyala, Sulaymaniyah, Anbar, Kirkuk and Nineveh. They were suddenly made to leave, confirms NRC.

Another major concern with this is ignorance towards the ongoing pandemic because once these people leave their home, there is little to no accountability and that may increase the infection rates in the country.

It is not as easy of a battle for these people as the government of Iraq thinks it to be. Even though the war and so-called danger ended in 2017 on papers, there are hints of it throughout the city. And now with covid-19 there are other reservations in place as well.

One of these people talked to the NRC and said, “This is my home. Why would you force me out of my home? We will become homeless. It feels like a funeral to me.”  The 49-year-old woman living in Hammam Al Alil, added that now she is left with only resort which is setting up a tent in Mosul and living midway.