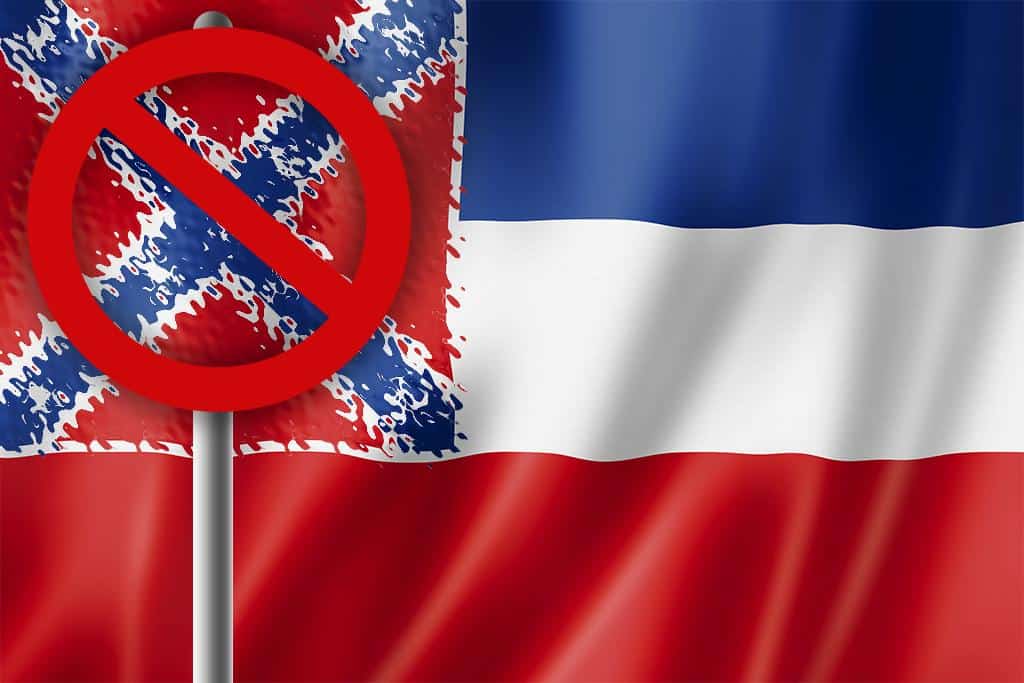 In a historic vote on Sunday the Mississippi state legislature passed a bill to remove confederate symbol from the state flag. This referendum holds its importance as this eliminates the confederate insignia from the last and only state flag still holding it. The last step is now the bill to be signed by Mississippi Governor Tate Reeves, who said that he would sign for it to be into law.

The legislation was cleared in both state house as well as state Senate. In the house the bill was cleared with 91-23 vote while in the Senate there was clearance with 37-14 vote. This was a win for Mississippi’s lawmakers who have been deliberating to bring the change in flag by removing the confederate symbol as cause and effect of the ongoing anti-racial protests across the country. The flag for Mississippi state was adopted in 1894 with design including red, white and blue stripes, and Confederate battle emblem in the corner.

The Mississippi voters are set to vote on the new flag design in November elections. The bill has established that a commission would be responsible for designing the state flag that includes phrase “In God, We Trust.” The flag would be lacking the confederate symbol.

State Rep. Jeramy Anderson tweeted welcoming the bill passing “I thank those who came before us, who with courage and resolve nurtured the Civil Rights Movement that helped bring us to this day. What a beautiful moment of unity.”

The confederate symbol, its flag and statues of confederate leaders have long divided the United States of America, experts say. Critics say that these symbols of confederacy mark the historic war that was on to uphold slavery. On the contrary, supporters say that it resonates pride and heritage of Southern America. In an aftermath of George Floyd’s death in Minneapolis, the increased protests against discrimination and violence against Black Americans led to removing of many confederate leaders statues across the country – some by protestors and some by the city leaders.