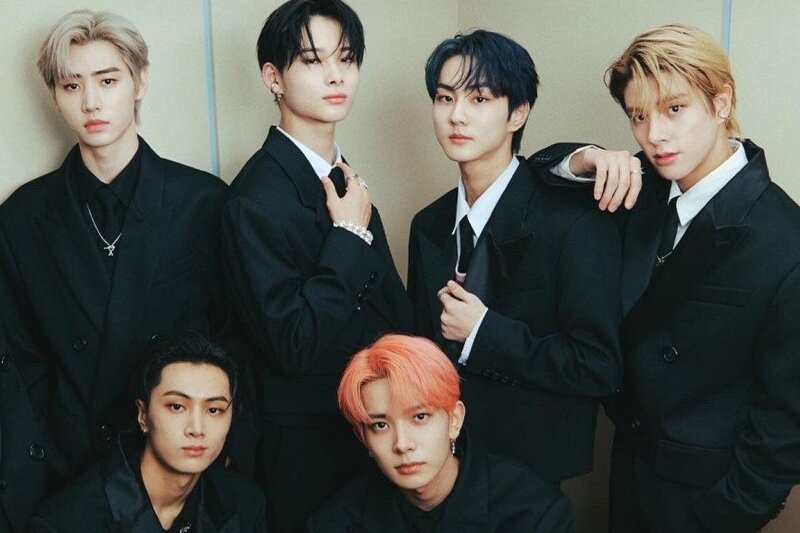 filipino engenes amaze enhypen with their dedication and support

Filipino ENGENEs amaze ENHYPEN with their dedication and support

According to K-pop boy band ENHYPEN, their name signifies “coming together to connect, discover, and grow.” Two years into their career, there is no doubt that their fan base in the Philippines is expanding.

“I’m thrilled to finally meet our Filipino supporters.” Saturday, December 3, member Jake stated during a press conference that their first visit to the country was “such a cool experience.”

The seven-piece band debuted in November 2020, during the COVID-19 epidemic, and had few opportunity to meet their fans in the beginning of their career. Now that they have launched on their worldwide tour, the members are excited to connect with their fans.

“The best part of being an artist is performing for all of his or her followers. We hold it in high regard,” they remarked. However, we still hope to have other opportunities to meet our Filipino ENGENEs in 2023.

The group has been identified as one of the most promising acts of the fourth generation of K-pop. They stated that this encourages them to continue their artistic development:

“As artists, we cannot remain unchanged…. We intend to investigate new sounds and genres. We continually explore new genres. We continue to explore so that our followers can discover new sides of us…. We are always looking for possibilities to experiment with new genres that we can share with our audience,” they explained.

The group, who just celebrated the second anniversary of their debut, also reflected on their formation, identifying it as the cornerstone of their dynamic. Following a series of tasks on the reality audition program i-LAND, the seven members of ENHYPEN were picked.

“Because we’re from a reality program, [the members] are unique in a variety of ways. Our points of interest are also diverse. How we sing and perform choreographies… However, when we are onstage, we are a unit. We make one unit. This is our greatest strength – we always work as a unit.”

Sunghoon, meanwhile, underlined how much the group had evolved since their debut: “One of the things we’ve acquired is our musical skills…. The tour was extremely formative for us. We, too, get more handsome and attractive as time passes.”

During the fan meeting, the ENHYPEN members were able to interact with a large number of their Filipino fans by playing games, learning Filipino words, wishing members Sunghoon and Niki a happy birthday, and performing a portion of their viral song “Polaroid Love.”

Additionally, the group viewed a fan-made video created by their Filipino ENGENEs. Sunghoon added, “I regret that I did not see the Filipinos’ devotion until I viewed the video.” Jay stated that he is “speechless” by their fans’ support: “You guys are incredible, Manila.”

“Next year, we will return for a show. However, we can feel so much enthusiasm from you guys today.” Jake stated, “I look forward to seeing you again.”

After their fan meeting in Manila, ENHYPEN will perform a two-night concert at the Mall of Asia Arena on February 4 and 5, 2023.