Home » Erdogan brings Europe to its knees by sending millions of migrants
By    Staff Writer      March 3, 2020 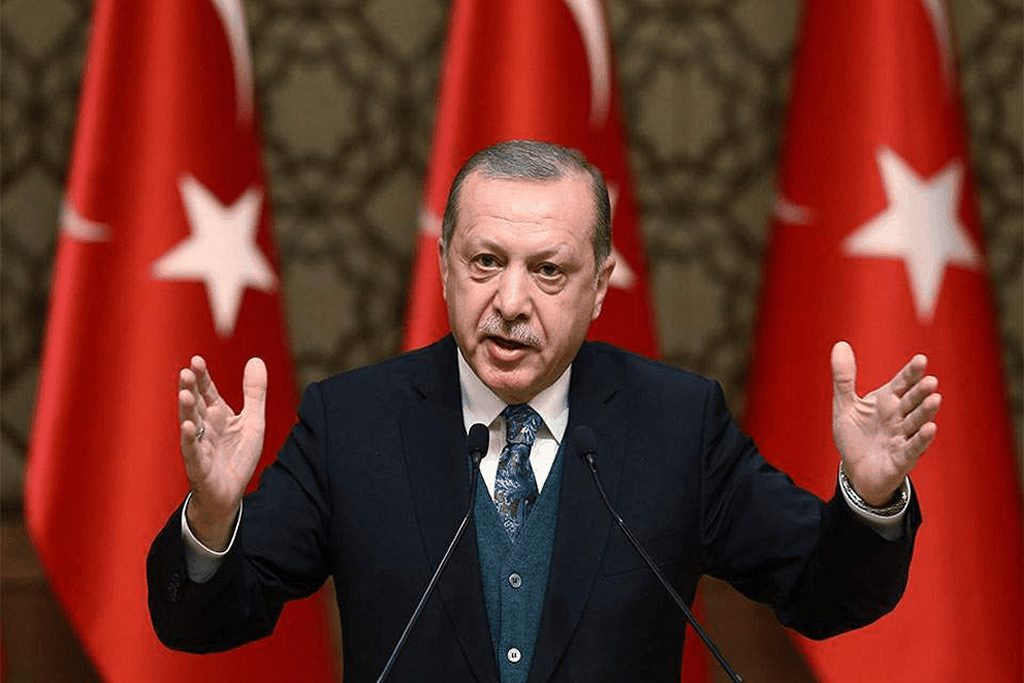 Erdogan brings Europe to its knees by sending millions of migrants

“Since we opened our borders, the number of migrants going to Europe is hundreds of thousands and soon there will be millions: they thought we were bluffing, but when we opened the doors the calls started to arrive “. Turkish President Recep Tayyip Erdogan said on Monday warning that millions of migrants and refugees will go to Europe, while the European side expects Turkey to honour its agreement to prevent migrants from reaching Europe. Last week, after Turkey opened its doors hundreds of thousands have crossed the borders. “We stick to the EU-Turkey agreement on refugees and migrants – Brussels says – and we expect that Ankara will honour its commitments”. Erdogan continues to use the migrant issue to intensify his pressure on Western countries to address his position on the Syrian and Libyan conflict.

During a press conference in the evening, Erdogan revealed that Ankara had refused a billion euros of additional aid that would have been offered by the EU to stop migratory flows and accused Greece of killing two migrants on its border, seriously injuring one, without circumstantiating his claims. Erdogan’s blackmail to Europe is turning into a humanitarian drama. Yesterday a child died during the attempt to disembark a group of migrants to Mitilini, on the Greek island of Lesvos. The boy was on a rubber that overturned when approached by a Greek coast guard unit, who rescued 46 other people. His body was found shortly thereafter. According to AFP, arrivals on the islands are multiplying, at least a thousand since yesterday morning even on the borders with Greece and Bulgaria thousands of people continue to crowd in desperate conditions. At least 13 thousand, according to last data of the International Organization for Migration (IOM), 120 thousand for the Turkish Government.

EU has secured its full support for Athens. The presidents of the EU Commission, the Eurocamera and the European Council, Ursula von der Leyen, David Sassoli and Charles Michel will be on Tuesday on the land border between Greece and Turkey with the Prime Minister of Greece Kyriakos Mitsotakis. Also, Frontex says it is ready to launch a border defense operation. The agency, which works on border control in coordination with the European Asylum Support Office, could do very little to overcome the crisis, as it was neither empowered nor sufficiently funded to play more than auxiliary roles. Tensions are increasing on the Aegean route with Greece accusing Turkey to has turned into a country of smugglers, while Ankara denounces manoeuvres by the coastguard of Athens to sink a boat with sticks and warning shots, after the launches of tear gas to repel migrants on the border land. In Lesvos, where conditions in the camp for asylum seekers from Moria remain dramatic, tension also grows among the local population.

While Erdogan from Ankara continues to throw petrol on the fire, on the Aegean Islands anti-migrant extremist groups insulted and assaulted reporters, photojournalists and UNHCR staff. Yesterday a far-right extremist group yells stones against a police bus injuring an agent. The same groups attempt to stop the landing of inflatable boats with several children on board. A crisis that is not only humanitarian, but also political and economic. The peace, the security and stability of the Eurozone with already deep divisions among the member states are in big danger. Achieving cohesion in facing a common challenge can be difficult, but achieving it despite sharply diverging interests in the area is a much harder task.

Do you know why Greece tightens control on Turkish border ?
Another Key Official Loses Growth Opportunities Under Trump Administration