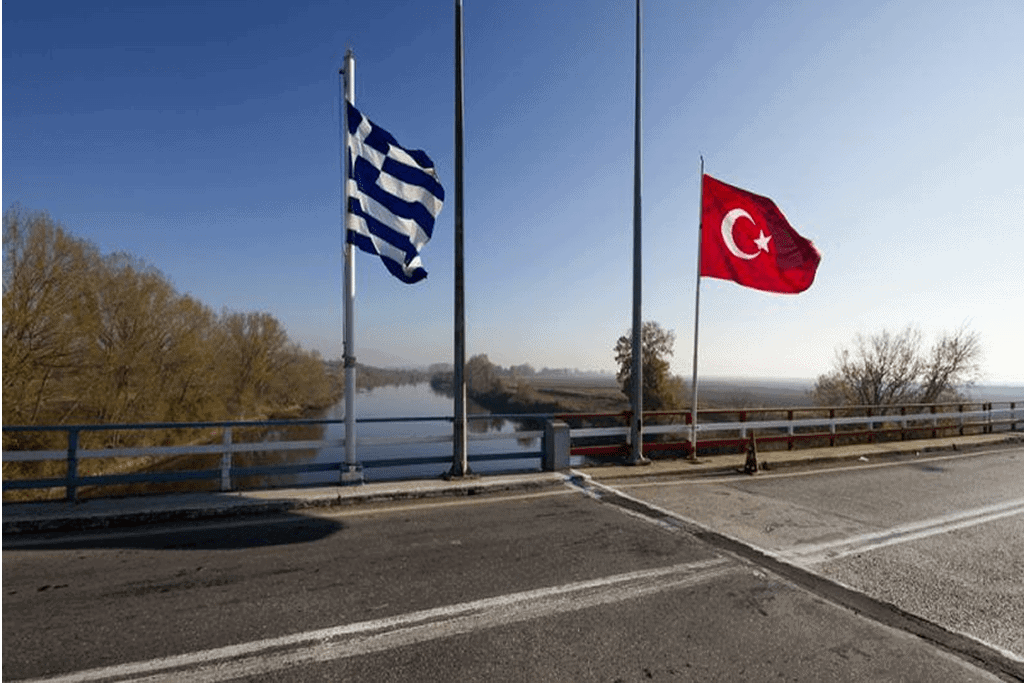 Do you know why Greece tightens control on Turkish border ?

Holding back the flow of migrants from Turkey, the Greek police used water cannons and tear gas. Refugees threw stones and other objects at law enforcement officers.

To prevent migrants from crossing the border from Turkey, Greek police used heavy water cannons and tear gas against them. According to local media, the incident occurred on Sunday, March 1. Refugees threw stones and other objects at police units.

Greek radio reported that during a collision at a border crossing on the Evros River, closed since February 28, one policeman was injured. According to the Ministry of Migration in Athens, only at this crossing, border guards did not allow almost 10 thousand migrants to enter the country.

The Bulgarian government said that the situation on the border with Turkey remained calm and not a single migrant passed through it.

According to the International Organization for Migration (IOM), on the Turkish side of the 212-kilometer border with Greece in the evening of February 29 there were more than 13 thousand people hoping to infiltrate the EU after Ankara refused to restrain this flow.

Due to the increasing flow of refugees, the European border protection agency Frontex has increased its alertness along the entire length of the borders of the European Union with Turkey to the highest level. On Sunday, the agency informed that, in response to a request from Athens to strengthen the border, steps had already been taken to send additional personnel and technical equipment.

The agreement concluded between Ankara and Brussels in March 2016 suggests that migrants from Syria going to the EU countries will not pass through the Turkish borders. For this, the European Union promised the Turkish side financial support.

According to relevant UN data, Turkey has accepted about 3.6 million refugees from Syria. These numbers have risen recently against the backdrop of a Russian-supported offensive by the Syrian government forces in Idlib. In addition to the Syrians, in Turkey there is a significant number of forced migrants from Afghanistan and Iraq.