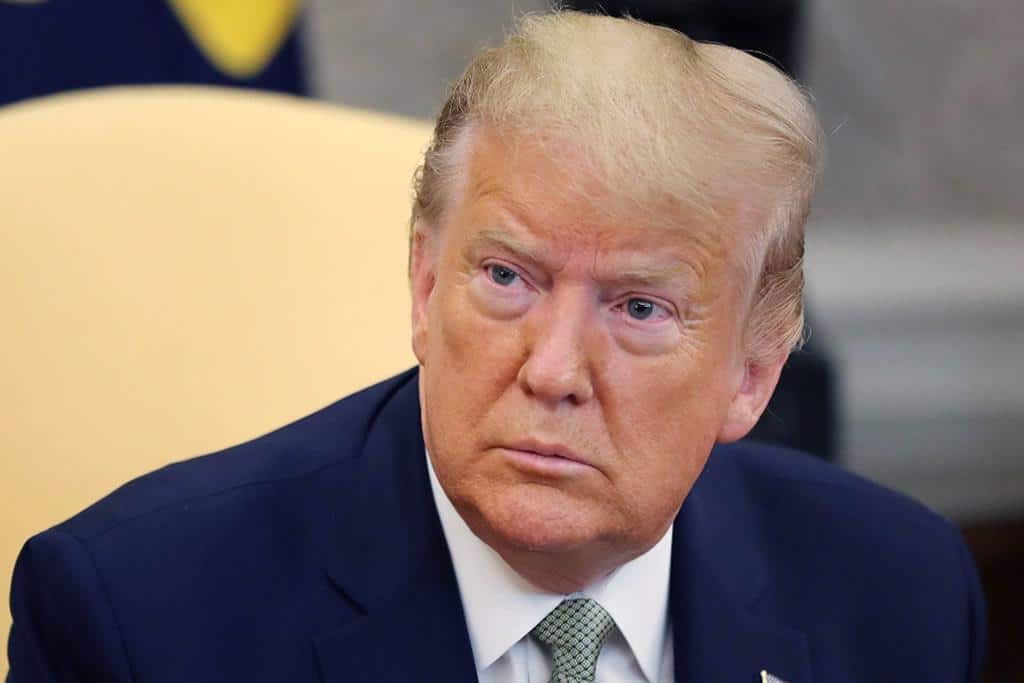 In the wake of Coronavirus concerns, US President Donald Trump on April 10 issued a memorandum, ordering visa sanctions on countries that were causing delay or refusing to accept the people deported from the country amid the pandemic.

In the memo, Trump stated that the countries which are “denying or unreasonably delaying” the acceptance of their citizens from the United States amid the ongoing pandemic are creating “unacceptable” public health risks for Americans. He further asserted that the country “must be able to effectuate the repatriation of foreign nationals who violate the laws of the United States.”

Trump said that it is imperative for the US government to remove and return the foreign nations to their country if they are not staying in the US lawfully, adding that the individuals overstaying in the country or unlawfully entering the country pose a profound public health threat to the citizens during the pandemic.

The memo is addressed to the Homeland Security secretary and Secretary of State Mike Pompeo, issuing the visa sanctions with immediate effect, and valid till December 31 this year, as per media reports.

The Homeland Security secretary would initiate the process by identifying the countries which are not repatriating their citizens. Following which, the Secretary of State will be notified, who would start the process of visa restrictions on the country within seven days of receiving the notification. As soon as the Secretary of Homeland Security will certify that the foreign countries are accepting their nationals, the sanctions shall cease to be in practice.

In the wake COVID-19 pandemic crisis, Donald Trump is ensuring the repatriation of US citizens from across the countries. Since the end of January, the United States has reportedly brought back over 56,000 American citizens from 101 countries amid Coronavirus fears.

Earlier, the country suspended all immigrant and non-immigrant visa services to most of the countries due to the pandemic outbreak. As of April 11, the United States has over 5,00,000 confirmed COVID-19 cases with over 18,000 deaths reported. With the increasing death toll, the gap between the US and Italy appears to be narrowing down drastically. The US government Trump administration has been under criticism for the delay in response against the pandemic. However, the country has stepped up testing across the country and providing relief packages for the affected workers and businesses.

US President Donald Trump to stop funding WHO, claiming mismanagement during the Covid-19 pandemic - The World Reviews

[…] Tuesday, President of the United States, Donald Trump announced that he would stop funding the World Health Organization as it failed in its role to […]