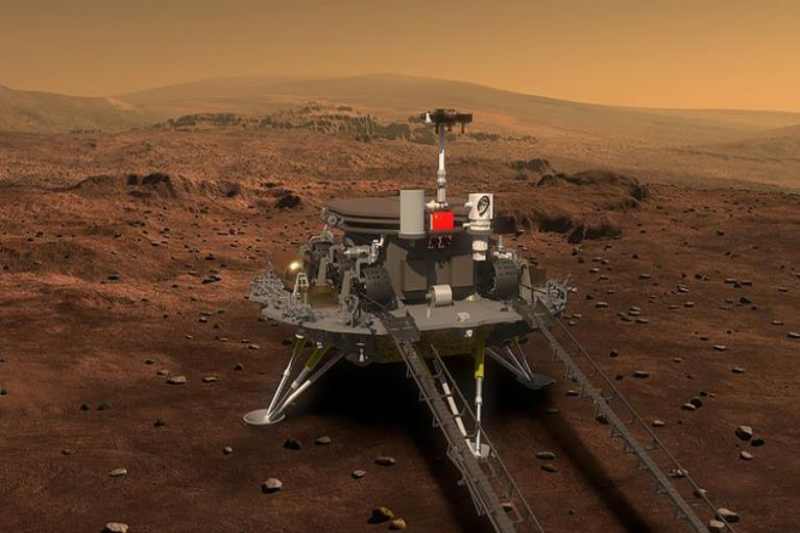 On Wednesday, China successfully landed its spacecraft, Tianwen-1 mission, in Mars’ orbit. It was the first time the Asian giant was able to enter the Red Planet. It was a huge leap for the Chinese spacecraft program, as it was the first time a Chinese mission had successfully reached Mars. The five-tonne spacecraft, which consisted of an orbiter and rover, was launched from the Chinese Wenchang spaceport in July. Tianwen-1, also known as “Questions to Heaven” covered the distance of about half a billion km to reach the neighboring planet.

China’s Mars mission proved to be successful a day after UAE’s Hope Probe was able to enter the orbit of the Red Planet for the first time. Besides China and UAE, another Mars mission in line is US NASA’s Perseverance, which was launched in July. NASA is expected to put its another rover on Mars next week. All three Mars missions of these three countries were launched during the brief launch window available in July.

It was China’s second major space mission after December’s lunar project, wherein it was able to successfully retrieve rock and soil samples from Earth’s Moon surface – which otherwise is a very complex project. China’s yet-to-be-named rover on Mars would enable scientists to study the planet’s surface using a mix of its seven remote-sensing instruments.

The rover is powered with high and medium-resolution cameras, through which it would be able to send clearer pictures of the planet. It also included a ground-penetrating radar which would help in gathering more information about Mars’ geological layers up to the depth of tens meters. The rover which is about 240kg, is packed with fold-out solar panels, a tall mast for the camera, and a navigation device. These additional instruments would help it in assessing the mineralogy of local rocks and explore the existence of water-ice on the planet.

Unlike UAE, which live-telecasted the entire mission’s journey and shared updates on TV and radio, China waited for the orbit insertion to happen first and then announced its success to the world.

The USA, no quarantine for vaccinated people who came into contact with a Covid-19 case
Biden’s foreign policies in the same trajectory as Trump when it comes to Iran, says Hossein Dehghan
Subscribe
Login
0 Comments
Inline Feedbacks
View all comments