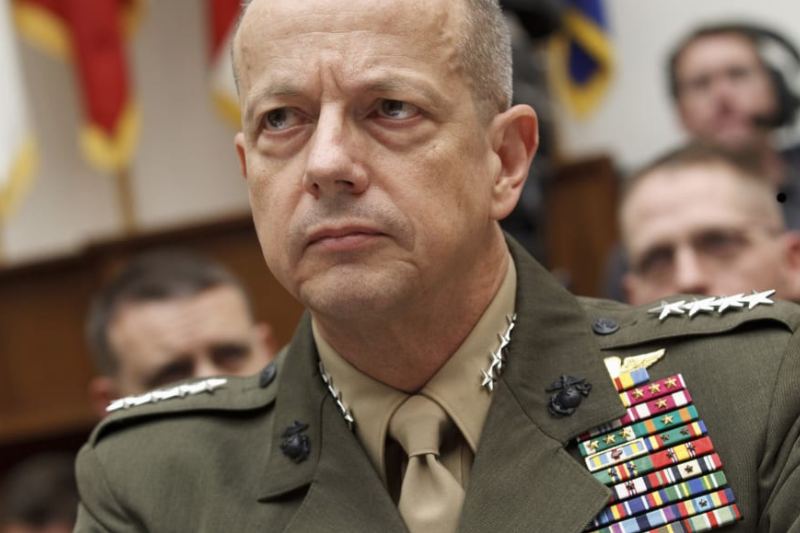 Retired four star General John Allen wrote in a letter to the US based think tank, Brookings Institution that he was leaving with a “heavy heart”, however, no direct explanation was offered in the letter. “I know it is best for all concerned in this moment,” Allen said in the letter.

John Allen, the retired four-star Marine general who led United States and NATO forces in Afghanistan, was put on official leave last week by the think tank after it was reported that new court filings showed the FBI had seized electronic data belonging to Allen as part of the investigation into foreign lobbying.

Allen has not been charged with any crimes, as of now, and has also denied his role in any of the alleged wrongdoings.

The new court filings include details around Allen’s ‘behind-the scenes’ efforts to help Qatar in influencing U.S. policy in June 2017. This was when a diplomatic crisis had emerged between the gas-rich Persian Gulf country and its neighboring nations. An FBI agent said in an affidavit that there was “substantial evidence” that “Allen had knowingly broken a foreign lobbying law”, and had made false statements aimed to withhold “incriminating” documents.

FBI (Federal Bureau of Investigation) probe involving Allen has already caught Richard G. Olson, a former ambassador to the United Arab Emirates and Pakistan who had earlier this month pleaded guilty to federal charges, and Imaad Zuberi, a political donor who is now serving a 12-year prison sentence on corruption charges.

Qatar has been a major financial funder of Brookings, however, Allen reportedly had stopped taking in any new donations from the Persian country in 2019.

“The integrity and objectivity of Brookings’s scholarship constitute the institution’s principal assets, and Brookings seeks to maintain high ethical standards in all its operations,” the think tank said in its statement Sunday.