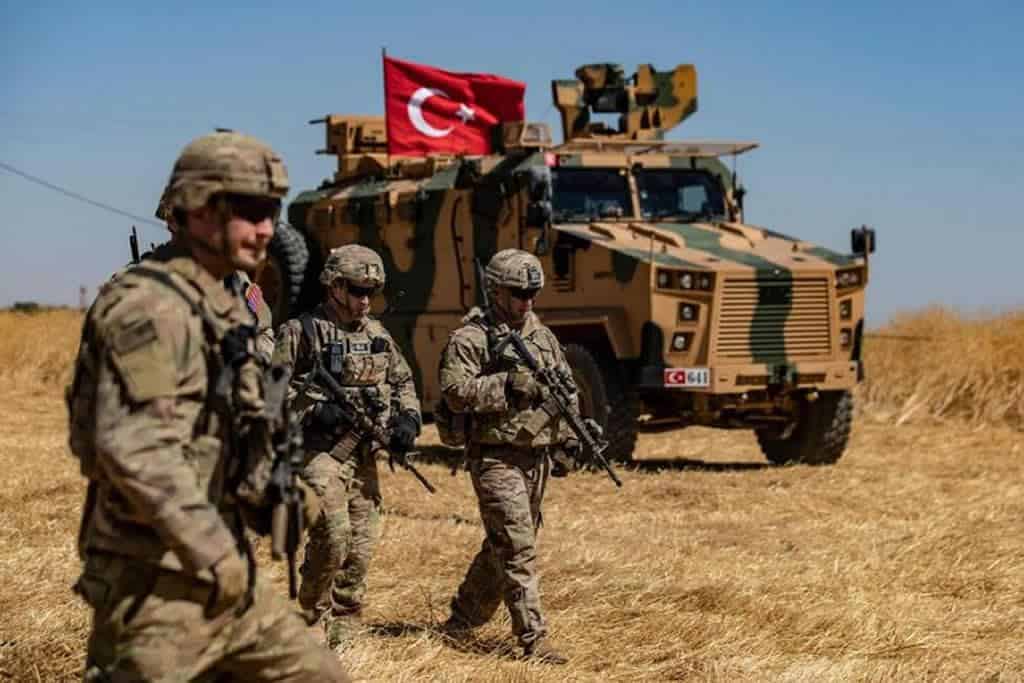 Although the new coronavirus, COVID-19, is bringing Turkey to its knees, the Turkish president and head of the Muslim Brotherhood terrorist movement, Recep Tayyip Erdogan continues his insane venture in Libya. In recent days, the BBC has released a new video containing satellite images and other evidence of the cargo ships loaded with weapons, ammunition and armoured vehicles sent by Turkey in Libya, in a clear violation of the embargo provided for by United Nations resolutions. The BBC, thanks to the footage obtained by the investigation team and the Italian authorities, has shown that a ship carrying armoured combat vehicles, self-propelled guns and anti-aircraft defense systems – now installed in Tripoli and Misurata – sailed from the Turkish port of Mersin towards Tunisia, then disappeared from the localization systems to head to Tripoli on January 27th, 2020.

The satellite images show three ships north-east of the Libyan capital, Tripoli, with one ship in the middle corresponding to the size and colour scheme of the Turkish ship, called BANA. Meanwhile, the other two ships that escorted BANA were G-class frigates, which are used only by the Turkish navy. “The clearer satellite images taken on the same day complete the picture. It shows the BANA docket in the port of Tripoli”, affirms the BBC report confirming the news and images disseminated by civilians on social networks in those days. After making a stopover in Tripoli, the ship reached the port of Genoa in Italy three days later. the local media report, here a sailor offered information to the Italian authorities on the illegal arms trade between Turkey and Libya in exchange for international protection. The BBC was able to show the images taken by the sailor in the hold of the ship which match with videos filmed by the militias upon arrival in the port of Tripoli. The Islamist militias, affiliated to the Government of National Accord (GNA) based in Tripoli, are used to broadcast videos of this kind to frighten the enemy.

After losing international support, with most of the countries that have opened to Field Marshal Khalifa Haftar, head of Libyan National Army (LNA), especially after the evidences of an involvement with terrorist groups across Libya by the Government and the authorities of Tripoli and Misrata, Turkey remains today the main supporter of the Prime Minister Fayez al-Serraj with whom Erdogan signed two agreements on security and jurisdiction of the eastern Mediterranean on February 28, widely rejected by the Libyan people and the international community. The Arab League, the European Union, the African Union and the main countries interested in the Libyan file have in fact asked Erdogan at the Berlin Conference to stop any transfer of weapons and mercenaries to Libya, opting for the formation of a joint aero-naval force that guarantees respect of the embargo according to UN resolutions.