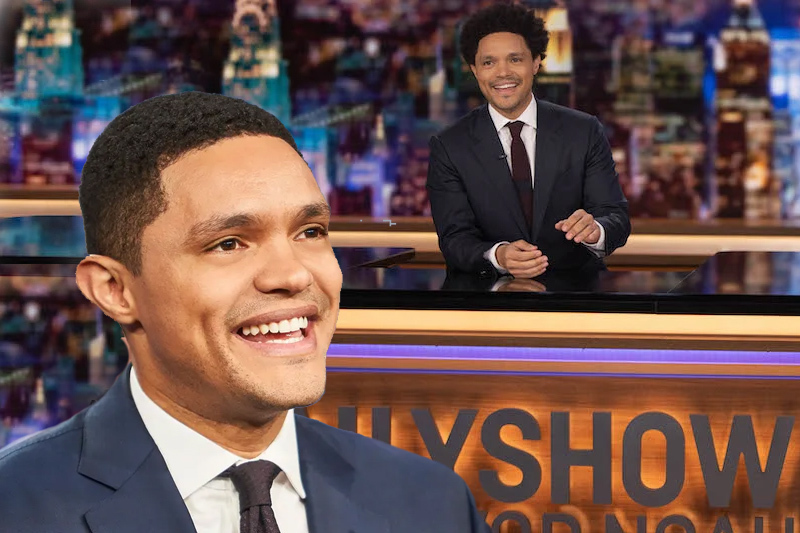 trevor noah to leave 'the daily show' after 7 years

After 7 years, Trevor Noah will leave “The Daily Show”

Trevor Noah, who has been the host of The Daily Show on Comedy Central for seven years, said he was leaving the show.

After Jon Stewart left in 2015, Noah took over.

“We have both laughed and cried together. But after seven years, I think it’s time,” Noah told his studio audience late on Thursday, September 30. (US time). A clip of Noah’s words was shared on social media by The Daily Show.

He said that stand-up comedy was something he wanted to do more of.

“I stayed put in my flat for two years rather than going on the road. After finishing his stand-up routine,” he said, “When I went back out there again, I realized that there’s another area of my life that I want to continue exploring.”

After finishing his words, he thanked the viewers of the program as the people in the studio audience got up to applause him.

The comic did not provide any specifics on his departure date. It was unknown who would take his place as leader.

Noah said that he was “thankful for the journey” but that he wanted to keep exploring “another part of my life.”

Since 2015, when he took over from Jon Stewart, the 38-year-old has been the host of the satirical news and talk show.

He said that the date of his departure would be announced later, and in the meantime, he would keep his job as host.

Noah started his career in his home country of South Africa, where he put out a number of stand-up specials and hosted a late-night talk show. In 2011, he moved to the US.

When he was chosen to take over the Daily Show on the Comedy Central network, he was still pretty unknown. Since then, he has become a world-famous star and won many television awards.

Thursday night, Noah made the announcement at the end of his show, which made people in the studio gasp in shock.

He thanked the show’s crew and fans for an “amazing seven years,” adding, “It’s been wild, really wild.”

“When we first started, so many people didn’t believe in us,” he said. “It was a crazy bet to choose me as the host. I still think this random African was a crazy choice.”

“I can’t help but feel thankful for the journey. It’s been amazing in every way. It’s something I never thought would happen.”