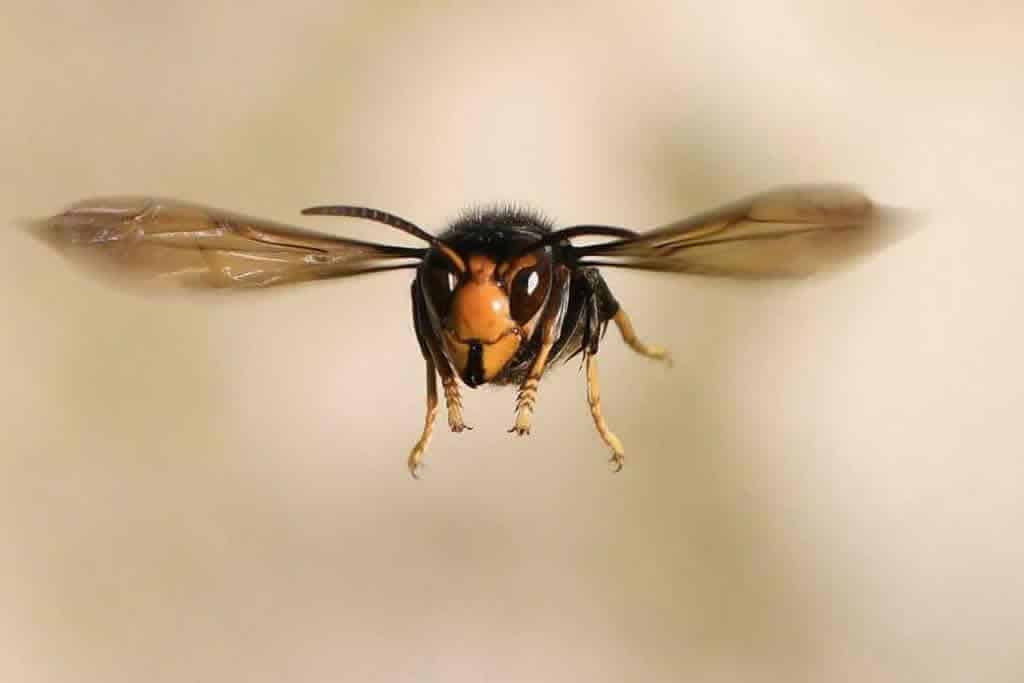 A “murder hornet” arrived in the US from Asia

A new type of insect has arrived in the United States from Asia and its sting is strong enough to kill a human. “It’s almost two inches long,” Drexel University Professor Jon Gelhaus told local press, adding that the killer hornets basically slaughter all the thousands of honeybee workers in the hive and then cart away their bodies, and feed them to the hornet larvae. It has a stinger that can penetrate a beekeeper suit. Its nickname in the United States is already the “murder hornet.”

The Mandarina wasp or Asian giant hornet was sighted for the first time in the US last December when the state Department of Agriculture confirmed two reports near Blaine, in Washington, close to the Canadian border. It also received two probable but unconfirmed reports from sites in Custer, south of Blaine. According to US specialists, the hornet kills around 50 people a year in Japan. Northwest America seems to be the ideal environment for the insect. Local authorities and entomologists now decided to install a series of traps in Washington State, trying to track the giant hornet’s movements before they become a permanent foreign pest.

It’s not clear if those populations are already established and will continue in the US. As for now, there are only reports of the hornet in Northwest America. It likely came in on a flight or cargo ship. Specialists say the hornets rarely go after people, but because of their size, their bite can be lethal. Insects of foreign origin, commonly called invasive species, are a major concern in the United States. Often these pests do not have natural predators so their cultures can grow quickly. Many of these invasive pests, including some bugs and insect species, pose a major threat to the US agricultural industry as they destroy crops.

For example, Formosan termites originally from China were brought into the US through military cargo shipments during the World War II. This termite species is one of the most destructive of the more than 2,000 termite species known to science. They pose a greater threat than their native equivalents because they form larger colonies and tend to be more aggressive, therefore consuming more wood at a much faster rate. Formosan termites heavily contributed to the $5 billion in annual US property damage by all species of termites. Another problematic invasive pest is the red imported fire ant (RIFA), native from Brazil, first sighted in America in 1933. Today, we can find them everywhere in the South, parts of California, and other western states.

The new hornet’s life cycle begins in April, when queens emerge from hibernation, feed on flower sap and fruit, and look for underground caves to build their haunts. Hornets are most damaging in the late summer and early fall. Like a rapacious army, they attack honey bee hives, killing adults and devouring larvae and pupae.