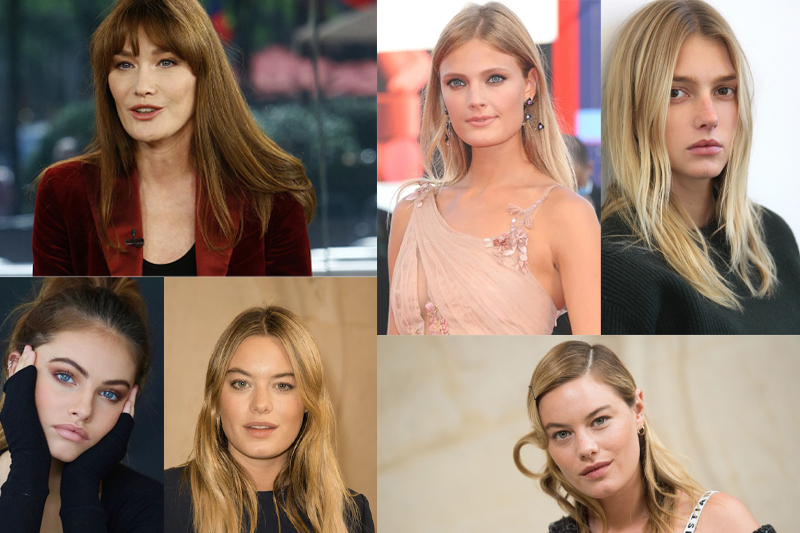 These top supermodels and a number of well-known up-and-coming models have collaborated with some of the top French fashion designers to display their exquisite works.

The former First Lady of France, Carla Bruni, is the first name on this list of well-known French fashion icons. For those who don’t know, Carla is an Italian-French model and singer whose early modelling days before she explored other interests helped launch her into international stardom.

Also Read – 10 Most Famous French Actresses Of All Time

When she was 19 years old, she began modelling for Guess jeans. After ten years of walking the runway, she transitioned into singing and released several well-known French songs.

Constance was inundated with offers after competing in the French Elite Model Look Contest in 2006, and two years later, she made her catwalk debut. Constance played tennis competitively for almost ten years before becoming a modelling industry’s household name.

Paris-born One of the top models from France is Camille Pourcheresse, also known as Camille Rowe professionally.

Camille took after her mother, a former dancer and model. You might remember Camille as Harry Styles’ ex-girlfriend and the muse for his 2019 album Fine Line if her contentious appearance on the Playboy cover in 2016 doesn’t ring a bell.

Sigrid Agren, who hails from the Caribbean’s tiny French island of Martinique, did not let her modest upbringing prevent her from pursuing a modelling career. The French Elite Model Look Contest was held in 2006, and Sigrid not only took part with Constance Jablonski but also ended up winning.

She values education just as highly as her career, so she didn’t start modelling seriously until she had graduated. There was no turning back after that.

The vast majority of the well-known French models on this list began their careers after or while attending college.

Thylane Léna-Rose Blondeau, on the other hand, has been modelling since she was a young girl. Thylane, an Aix-en-Provence native, started her modelling career at the tender age of just 4 after being spotted by renowned fashion designer Jean Paul Gaultier, who asked her to walk the runway for his House.

Given that Inès de la Fressange’s mother was a model, modelling may be in her blood.

When she started modelling in the 1970s at the age of 17, Inès soon attracted attention.

She modelled for Thierry Mugler and appeared in Elle magazine a year later. She reminded Karl Lagerfeld of Coco Chanel when he first met her, so he took her under his wing and made her his model.

Tina Kunakey, a native of Toulouse, is the next greatest female French model on the list. Her tan skin, brown eyes, and wavy hair drew everyone’s attention to her. For those who don’t know, she wed the well-known French actor Vincent Cassel in 2018 and the two even have a daughter.

She has walked the runway for Jean Paul Gaultier and has posed for Dior (with Bella Hadid), L’Oréal, Valentino, and Etam.

Clementine Desseaux, also from Toulouse, is with Tina. Curvy, plus-sized model Clementine, a strong proponent of body positivity, made sure that people recognised her for her work rather than her size.

She entered the fashion profession to aid with her confidence difficulties, and as she went through the ranks, she disproved the stereotype that size matters in the modelling business.

Ophélie Guillermand, who debuted on the catwalk only a decade ago, shortly after completing high school, comes in second on the list of best French models. Ophélie, a science graduate, had never considered modelling as a job before deciding to travel to New York City to do so.

Who would have imagined that a young Guadeloupean girl of 18 would become famous worldwide and reach the ranks of some of the finest female models in France? I’m referring to Mélodie Vaxelaire, the second brown-eyed, bronze-skinned, and curly-locked beauty on this list.

She was the face of Chanel beauty, joining a list of other international ambassadors.