Home » US-Russia agree to renew New START, China welcomes the move as an opportunity to narrow the nuclear gap
By    AP Journalist      February 2, 2021 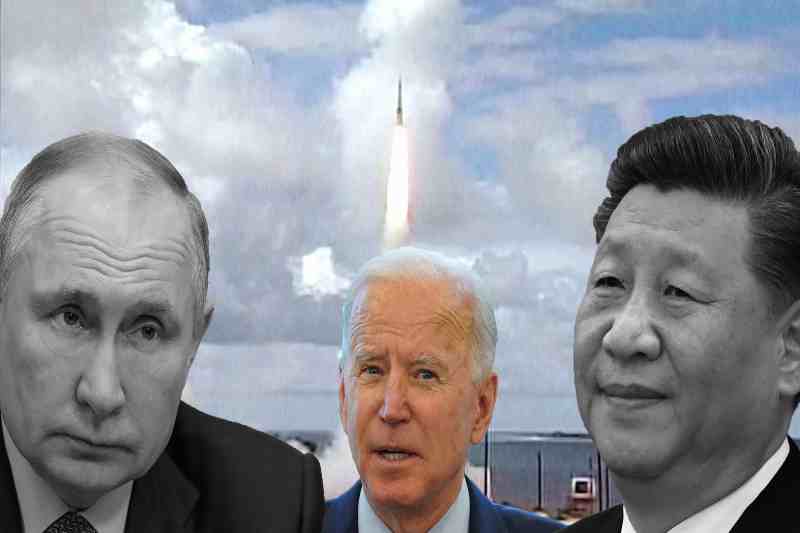 US-Russia agree to renew New START, China welcomes the move as an opportunity to narrow the nuclear gap

US President Joe Biden agreed to a five-year extension of the New Strategic Arms Reduction Treaty (New START) with Russia. The treaty, which prevented the arms race between two major nuclear powers, set a limit of 1,550 deployed strategic, or long-range, nuclear armaments. Shinji Hyodo, director of the Regional Studies Department of The National Institute for Defense Studies said that Biden’s proposed deal was better than what Russia even agreeing to settle for with former President Donald Trump.

Besides, Biden presidency proposed five-year extension with no conditions, instead of one year, as offer by Trump administration. It was “better than the best Moscow thought it could hope for,” Hyodo said. He added, “President Trump, from the beginning, was probably aiming to let the New START expire.” Hyodo’s statement was a reflection of  majority opinion, as many experts believed that Trump was not keen on renewing the treaty, hence kept on suggesting tougher conditions in its framework, making it harder for Moscow to give in.

Give its current state of economy, Russia has been trying to avoid an arms race with the US. Besides, Moscow has been aware of its not-so deep pockets as it shells out less than 10% of what the Washington spends on its defense infrastructure and weapons.

The treaty, which was enforced to maintain the balance of nuclear warheads between the two nations, was nearing its expiration due on Feb. 5. Russian premier Vladimir Putin was quick to accept Biden’s much-liberal deal proposal. He immediately forwarded the bill for the extension to parliament, where both houses unanimously voted in favor of it in emergency sessions held on Wednesday.

The deal-extension proposal not only pleased Russia but also China, which has been trying to dodge the Trump administration’s efforts to include and bind Beijing into a framework for nuclear arms control. While appreciating the Biden-Putin deal announcement, China was glad that it managed to steer clear of it. Experts warned that Biden’s New START pact, which left out China, would help later in building a strong nuclear arsenal, enabling it to narrow down its nuclear gap with the US

In a report on China’s increasing military capabilities, in September, the US Department of Defense warned about the Asian nation’s nuclear arms expansion plans. The report said, “Over the next decade, China’s nuclear warhead stockpile — currently estimated to be in the low 200s — is projected to at least double in size as China expands and modernizes its nuclear forces”.