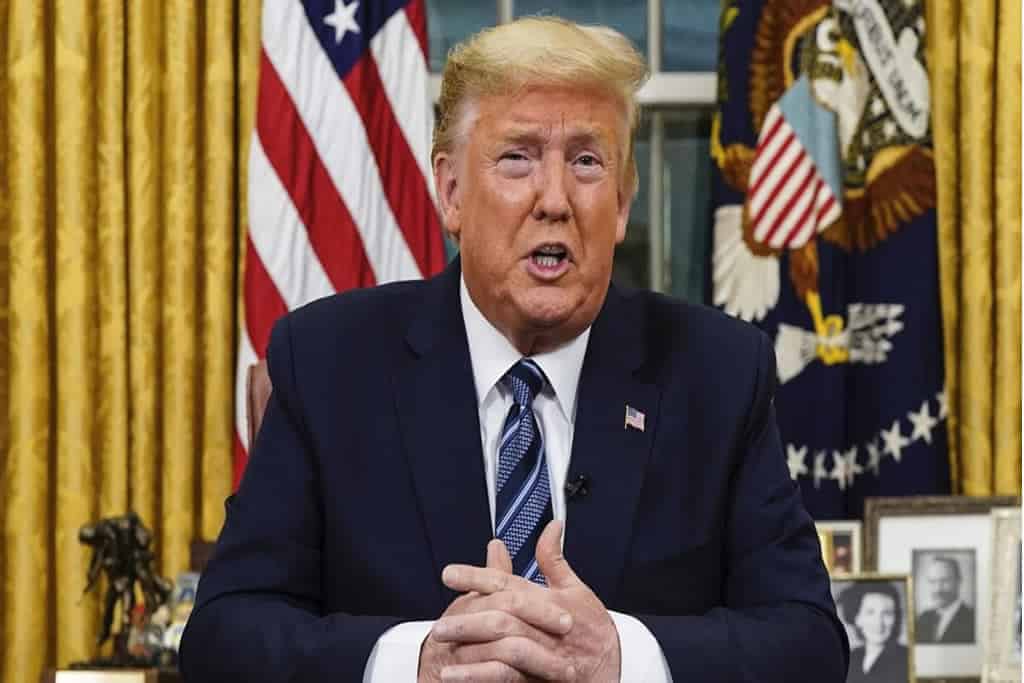 US’ global lead of coronavirus cases is a ‘badge of honor’, says Trump

The US president said that these statistics only served to highlight the good work the country was doing in testing its citizens.

Making a headline-grabbing claim, US President Donald Trump said that it was a “badge of honour” for the country to be leading the world’s coronavirus infections as it only meant that more testing was being done here than anywhere else in the world. With 1.56 million reported cases and more than 92,250 death, the United States leads the world in these statistics. According to the Centers for Disease Control, the US had conducted 12.6 million coronavirus tests to date.

“I look at that as, in a certain respect, as being a good thing because it means our testing is much better,” he said at the White House. “You know when you say that we lead in cases, that’s because we have more testing than anybody else.”

“If you’re testing 14 million people, you’re going to find many more cases,” Trump said. “Many of these people aren’t very sick but they still go down as a case, so, actually, the number of cases — and we’re also a much bigger country than most. So, when we have a lot of cases, I don’t look at that as a bad thing, I look at that as, in a certain respect, as being a good thing because it means our testing is much better.”

Trump said the actual tests conducted are probably closer to 14 million. But the delays in developing, manufacturing and administering tests have been widely reported. According to the Covid Tracking Project, the US continues to face testing shortages and sets priorities for who gets one.

And despite Trump’s claim, these numbers aren’t extraordinary by global standards. The US is behind countries like the UK, Italy and Germany in number of tests per 1,000 people. And is also behind countries like New Zealand, Australia and South Korea, who have to test many more people to find a case. Currently, the US is finding a case for every 7.8 tests.

The Bloomberg quoted an administration official, speaking on condition of anonymity, that even as the rate of testing goes up the US is starting to see a decline in cases and deaths. The positive test percentage is also decreasing, meaning that the nation is finding the cases less frequently in testing.

Smart cities in Australia, a step in the future
Hydroxychloroquine – A preventive drug for Coronavirus? Fact Check!