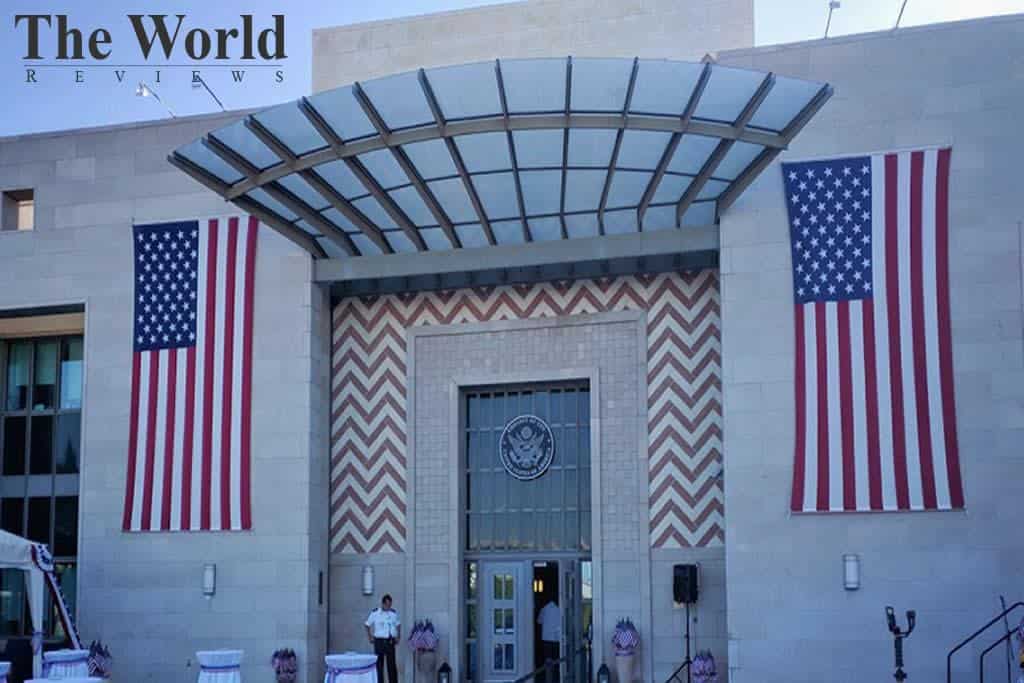 Tunisian authorities arrested five people over a double suicide attack that killed a police officer at the entrance of the US embassy in Tunis last week, the prosecution said Tuesday. Two suicide bombers struck outside the embassy last Friday, wounding six other people and again shaking a city repeatedly hit by jihadist violence. The five persons were arrested on Saturday and are being held at a police station in the capital’s El Gorjani district by anti-terrorism forces, spokesman Sofiane Sliti said. Tunisian media have reported that the two suicide bombers were men from Tunis who had served their sentences after being found guilty on terror charges in 2014.

The attack on Friday at midday rocked the Berges du Lac district hosting the highly fortified embassy, causing panic among civilians. Videos spreading online show two men in sports clothes and with caps on their heads riding a scooter up to a police van then pausing for a few seconds before a big explosion. There was no immediate claim of responsibility for the attack and authorities have not announced any other advances in their investigations. Tunisia has been hit by multiple jihadist attacks since the 2011 uprising against the former president Zine El Abidine Ben Ali, recently dead in Saudi Arabia. In the country there is a state of emergency proclaimed after deadly attacks in 2015 killed dozens of foreign tourists and security personnel and the attack that year killed 12 presidential guards on a bus.