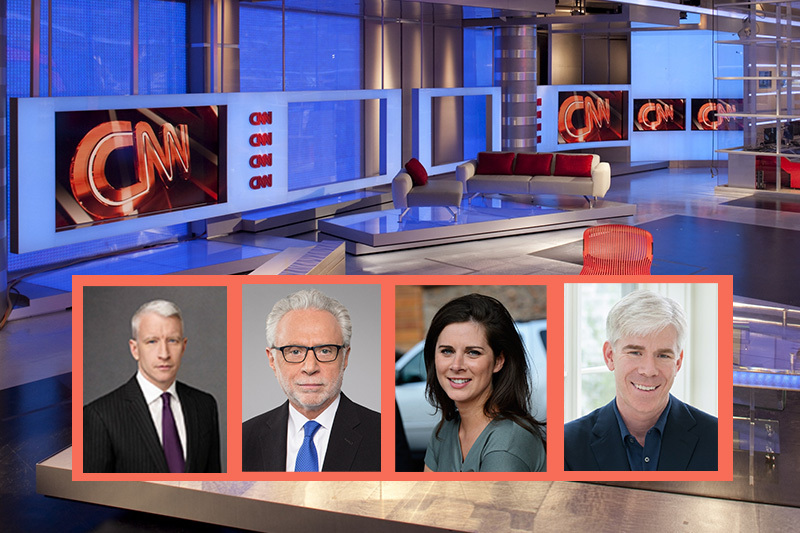 the highest paid cnn anchors and their salaries

The highest paid CNN anchors and their salaries 2023

These days, news anchors are among the highest-paid and most financially successful personalities in the world. In most cases, successful news anchors have to continue proving themselves throughout their careers.

The majority of newscasters and journalists have built their careers on a foundation of knowledge, experience, and ethics in order to obtain high paying employment in their fields.

However, in order to reach the absolute top, there needs to be something “SPECIAL” that attracts visitors and maintains ranks. Only then can this goal be accomplished.

How much do News Anchors earn?

According to information provided on the CNN website, the annual salary of an anchor can range anywhere from $40,000 (freelance) to several million dollars, based on tenure and expertise.

However, these numbers are quite general, and top anchors are making a great deal more money, as we shall see in the list that follows below.

The news anchor with the most income is Anderson Cooper. His wealth is currently estimated to be $200 million. Being the son of an heiress is, without a doubt, a significant advantage. Gloria Vanderbilt, an heiress and designer, is the proud mother of Cooper.

Anderson had a career as a teen model with Fords, working with Ralph Lauren, Calvin Klein, and Macy’s until she decided to pursue a career in journalism. He received an internship with the CIA when he was attending Yale University. He spent a year in Vietnam, where he worked as a fact checker while he was there. Anderson began his career in the media as a news journalist in 1995 for ABC, and in 2001 he started working for CNN. In 2003, he debuted his nightly news program under the title Anderson Cooper 360°. He reports breaking news and addresses political concerns by traveling to various locations.

Wolf Blitzer is a journalist and television news anchor who was born in Germany and now lives in the United States. He has a net worth of $25 million. Since the year 1990, Blitzer has worked as a reporter for CNN. His knowledge of both domestic politics in the United States and international events, in particular those pertaining to the Middle East, has earned him a high level of respect.

The Situation Room with Wolf Blitzer is a program that airs on CNN every weekday evening at 6 p.m. Eastern Time (ET). Blitzer serves as the show’s anchor.

The sum of $5 million is Blitzer’s annual pay, on average.

Erin Burnett is a well-known news anchor in the United States, and she now has a net worth of $20 million. Her first job after graduating from college was in the mergers and acquisitions department of Goldman Sachs, where Erin Burnett began her career. Erin was subsequently extended an opportunity to work for CNN, where she would contribute to the production of the show “Moneyline” as a writer and assist in the casting of guest analysts.

Burnett resigned from her position as anchor of the prime-time news show “Erin Burnett OutFront” at CNBC in May 2011, and she then took the same role at CNN a few months later. Burnett is also the Chief Business and Economic Correspondent for CNN. She moderated the debate for the Democratic primary for president in 2020 as well as town halls with Joe Biden and Kamala Harris. Burnett also serves in this capacity. Erin has hosted and produced a number of documentaries, some of which are “Dollars & Danger: Africa, The Final Investment Frontier” (2008), “India Rising: The New Empire” (2008), and “City of Money & Mystery” (2008). (2009).

Erin Burnett receives a salary of $6 million per year from CNN.

David Gregory is an American television host who has earned a salary of $12 million throughout the course of his career. Gregory’s net worth is estimated to be $12 million. He received his degree from American University, where he was employed at American University Television throughout his time there. In 2005, the School of International Service honored him as its Outstanding Alumnus of the Year, and he currently serves on the Dean’s Advisory Council of the institution.

Since 2003, he has served as a substitute co-anchor on Weekend Today, where he previously covered for Lester Holt. He began filling in for Matt Lauer on Today in 2005 and continued in that capacity until 2010. In addition to that, he has previous experience working for Crosstalk NBC, News Chat, and Newsfront. Since 2005, he has provided fill-in coverage for both the NBC Nightly News and the NBC News Weekend Nightly News.

David and Beth Wilkinson tied the knot in the year 2000, and they now have three children together.

David Gregory’s annual pay is estimated to be $4 million.